67° Edition of the Fish Festival in Camogli 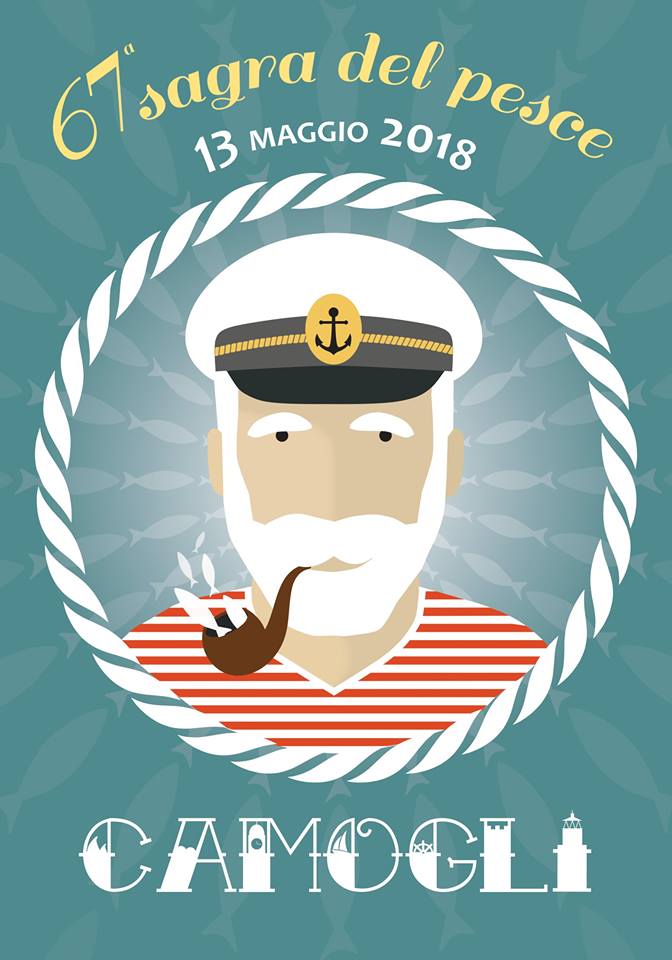 You can already almost smell the delicious scent of the fried fish coming from the giant pan, for which is worth to stay in line for a while, not to mention the gorgeous location that surrounds you. Many come even from abroad in order to taste this paper cornet fish.
Only the Fish Festival can lure so many people in Camogli in just one day, they can be more than 100 thousand people. Thousand of people stay in line to reach the legendary giant fry pan – now inside the Guinness World Record for its dimension – and also to taste the catch of the day fried by Camogli’s volunteers.

Camogli and Pro Loco decided this year to support Camogli’s Tonnarella.
It is an ancient and traditional fishing structure thought to catch fishes when they pass through the rings of the net. I was unfortunately damaged beyond repair last year in an accident. It was in use from around 1600 and it is in this moment the only one in the Mediterranean Sea.
With a small donation of € 6,00 for this right cause ( the incomes will be donated in order to restore the ancient net), you can enjoy your paper cornet of fried fish and also receive a commemorative ceramic dish of the Fish Festival 2018.

This year the event is on May 13th and it is its 67° Edition. In addition to the Festival there will be many others entertaining events and music, where you will also be able to taste other typical regional products and shop in the street markets of handcraft products. The Fish Festival is a tradition that keeps going on with success every year since 1952.
The first year was though just to liven up the feast of San Fortunato, patron saint of the fishermen, and as improvisation they decided to fried fish in some pans. The idea came from Filippo Degregori. The people passing by were very pleased with this idea, so much that it was proposed again the year after year, up till today. In that year even New York Herald Tribune spoke about it as it was a very particular event. The first giant fry pan was made in 1954; the one in use now is the fourth made for this occasion.
Even if you are not fish lovers do not miss this amazing event: the enormous pan filled up with sunflower oil, placed on a stage so that everyone can see the volunteers frying for almost the entire day.
Camogli will welcome you with its carruggi (typical narrow streets), its bar and restaurants and its sea front shops. The Fish Festival is part of the celebration for San Fortunato. The night before the feast, this year Saturday 12th May, 8 volunteers will carry the statue of the saint in procession throughout the village. The statue’s weight is 400 kilograms. After the procession there is the fireworks show and then the bell tower lights up. Around 11 pm there will also be the lighting of the bonfires. The tradition wants that in the bonfire the citizen of Camogli can burn the object that they do not need anymore. There will be 2 bonfires one for the district of Porto and one for Pinetto.
For more information you can contact Pro Loco of Camogli www.camogliturismo.it .