HOW TO MAKE THE ORIGINAL FOCACCIA DI RECCO, A MADE IN LIGURIA DELICACY 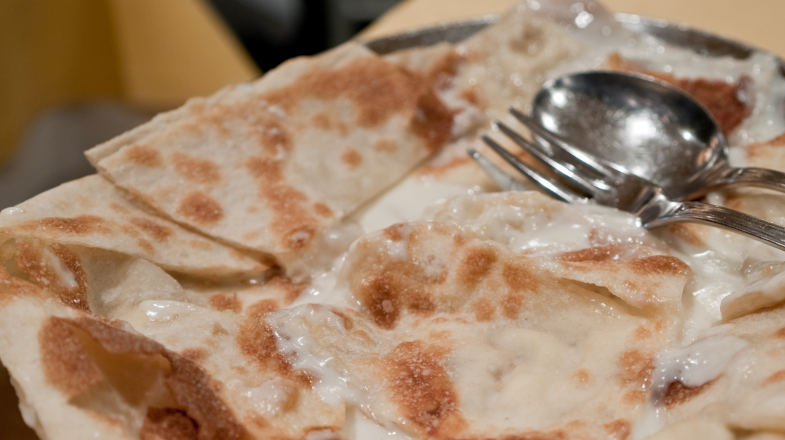 A thin dough that cover a heart of hot melted cheese. So tempting and delicious that will seduce you after the first bite.
Yes, we are talking about the unique and unforgettable Focaccia di Recco!
“One of the most addicted Italian food “, as it was written by Fred Plotkin, culinary journalist and expert of Italian cuisine.
How to argue with that? Focaccia di Recco it is in fact the Queen of all focaccia with cheese. Obviously, it is a delicacy made in Liguria. So do not miss the chance to taste it when you come to visit us.
Let’s find out something more about this culinary excellence. 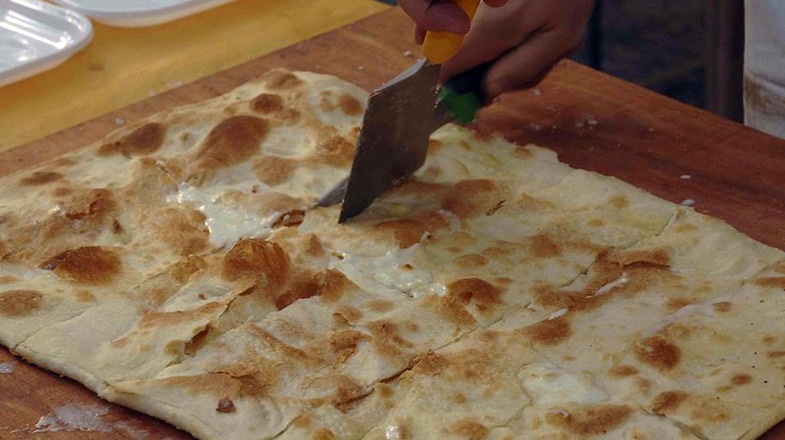 A BIT OF HISTORY…

The origins of this dish are mysterious. We do not know for sure the exact period in which it was invented. There are different theories on this matter.
For sure, a similar product was made in this area already in the XIX century. It is in this period that we have in fact some of the first written records.

However, many people declare that it was invented much earlier. A first version says that it was prepared already in the XII century to fed the crusaders during their journey to Jerusalem.
Other people think that it was invented in the XVI century. When the population of the coastline had to move to the inner land to escape from the Saracens: the citizen of Recco had only olive oil, flour and cheese. They prepared a dish with a dough fill with cheese, that was cooked on a slate stone.

As for many any other legends, we can find in these stories a kernel of truth. It is possible that in the past was made a sort of progenitor of today’s Focaccia di Recco. A final version could actually be developed from the first years of ‘900.

According to a known version, it was Manuelina, great-grandmother of the owners of Focacceria Manuelina to invent the dish in the late 1855. In that year Manuelina opened a tavern and had the idea to create her own version of the typical focaccine fritte al formaggio (fried dough filled with cheese), normally prepared by families during the feast of the dead…Focaccia of Recco was born. 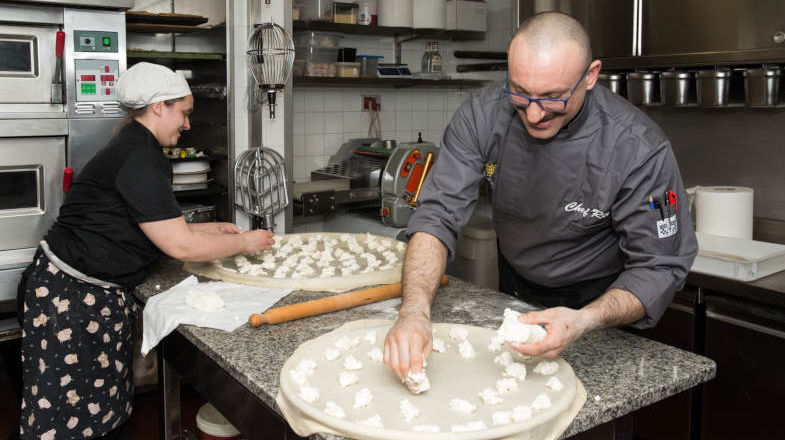 The recipe here below is the one indicated by the Procedural Guideline on the production of the Focaccia IGP di Recco (Certification of quality).
In order to allow you to make it also at home, we will also indicate some alternative versions, mainly about cooking time.

HOW TO MAKE IT: 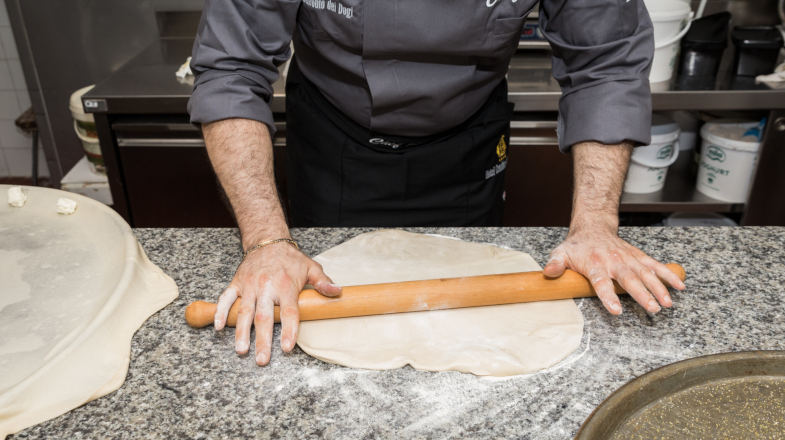 Mix the flour with the oil, the water and the salt up till you obtain a soft and smooth dough.
Cover the dough with a cloth and let it rest for 30 minutes at ambient temperature.

Split the dough based on the size of the baking tray that you are going to use. Roll out the dough that must be thick 1-2 millimetres and it must not present holes. Lay the dough in the baking tray, after you grease it with olive oil.
Afterwards lay some knobs of cheese on the dough, trying to cover evenly the whole surface.
Roll out another piece of dough of the same size of the one on the tray.
It must have the same thickness.

Cover the dough on the tray with the second just made. Press the edges, in order to avoid the any cheese oozing while the dough is cooking and cut away the excess of dough.
Sprinkle some olive oil on the dough and bake at a temperature between 270° and 320°C for 4-8 minutes. Alternatively, you can cook it in a static oven preheated at 250°C for at least 15 minutes.

← THE SILK FACTORIES OF ZOAGLI, VELVETS AND SILKS PRODUCED AT THE SEASIDE

Genoa: What to see in one day →