What to do in autumn in Liguria 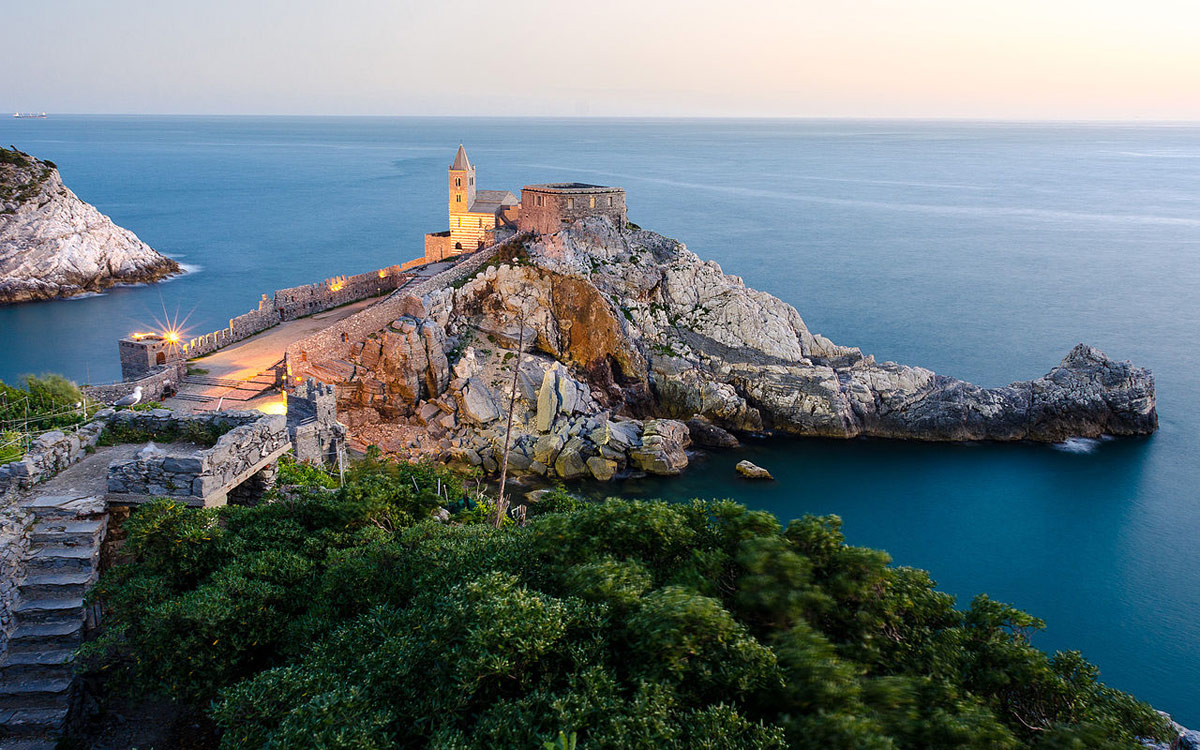 The calendar remind us that the summer left in favour of the autumn. This does not mean that we have to renounce to stay outside: Liguria benefits from a nice weather and warm temperatures also during this period, so why not to enjoy some trekking or a visit to its seaside hamlets? They have a completely different appeal in this season.

For example the trekking. A nice choice will be to do it inside Portofino’s Natural Park, a territory full of trails, where you can “taste” the colours and the wonders of the landscape. The Ligurian sky is blue also during fall season. It does not matter which path you decide to take both challenging trails than simple promenades will reward you.
You will always been surrounded with breathtaking landscapes everywhere you decide to go. It’s fascinating to slowly discovering the picturesque seaside hamlets that overlook the Paradiso and Tigullio’s gulfs, while descending from the paths up to the hills: Camogli, San Fruttuoso with its beach and the Abbey directly on it, Portofino, Punta Chiappa bay and the beautiful sea in front of Paraggi.
The trails are peculiar for been settled a lot higher from the sea level, it is necessary to pass the hills in order to get to the beaches. For this reason you will always be able to enjoy the vision of the blue sea lost in the blue sky which sometimes will glimpse through the pine or the olive trees, offering unique perspectives. You will come across small villages and it will be a surprise to see the rise on the cliffs.
In some parts you will walk surrounded by trees. On the hills you will also find “Batterie”, an antiaircraft buker, built during World War II; a special place from which to enjoy the view: coast and mountain all around at 360° degrees. To discover the best itinerary and uncover the most special spots of the park is better to ask advise to expert guides or to the local touristic corporation. For those who enjoy the tranquility of a sea trip can decide to take an ice-cream in Boccadasse in Genoa. It is a small fishermen’s hamlet held inside the city, its name comes from the shape of the bay from which it rises, that from a high prospective seems a “böcca d’äse” a donkey mouth, from the Genoese dialect. It is the place in which the fictional character Livia lives, she is the eternal fiancée of the Chief of Police Montalbano created by the pen of Andrea Camilleri. In Boccadasse it’s still on business an ice-cream shop that was one of the very first to keep the place open during winter time over 30 years ago, preparing ice-creams every day. On the beach is easy to see fishermen boats that leave for work in every moment of the day. You need to search for GE8317 the skiff built many years ago, in the shipyard Penco di Vernazzola and it is entirely made of birch wood. Three professional fishermen ride it and with this boat they succeed in promoted both what is called ittiturismo (being guest in the fishermen houses and taste the catching of the day) and also the pescaturismo (sail with them on their boat and fishing together). Portovenere is a seaside village famous all over the world. There are many things to explore in this hamlet of the east of Liguria. For starters the San Pietro’s Church, the symbol of the village; it rises from a cliff on the sea. The interior are typical of the Ligurian architecture, and it is a very suggestive scenery if you intend to get marry there.At the beginning of the hamlet there is the Porta del Borgo ( an entrance in the fortification walls ) and from there it starts Via Cappellini, on which you will find many shops and restaurants. In San Lorenzo’s Church every year it is celebrated the feast of the Madonna Bianca, the saint patron of Portovenere: in the evening the hamlet is brightened up with thousands of candles. The Doria Castle is settled on a stone hill that overlook the village; it had a very important role in the life of the Republic of Genoa.
Just in front of Portovenere there are three islands Palmaria, Tino and Tinetto, that more than an island is a big rock. They are visible walking on the seaside promenade, characterized by the typical ancients colourful houses, each of them of different colour. To relax you can enter one of the many carruggio, the typical narrow street of Liguria and stop in the bakeries to eat some focaccia, or you can also drink a coffee on the harbour. 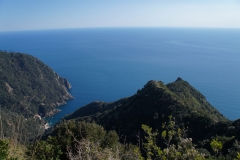 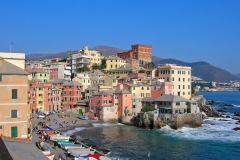 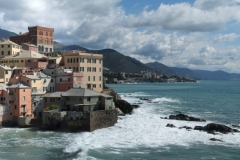 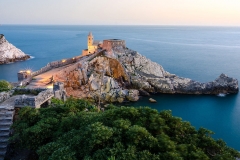 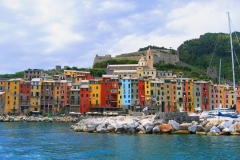 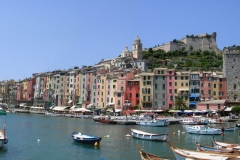 Shopping in Liguria: the best Outlets →