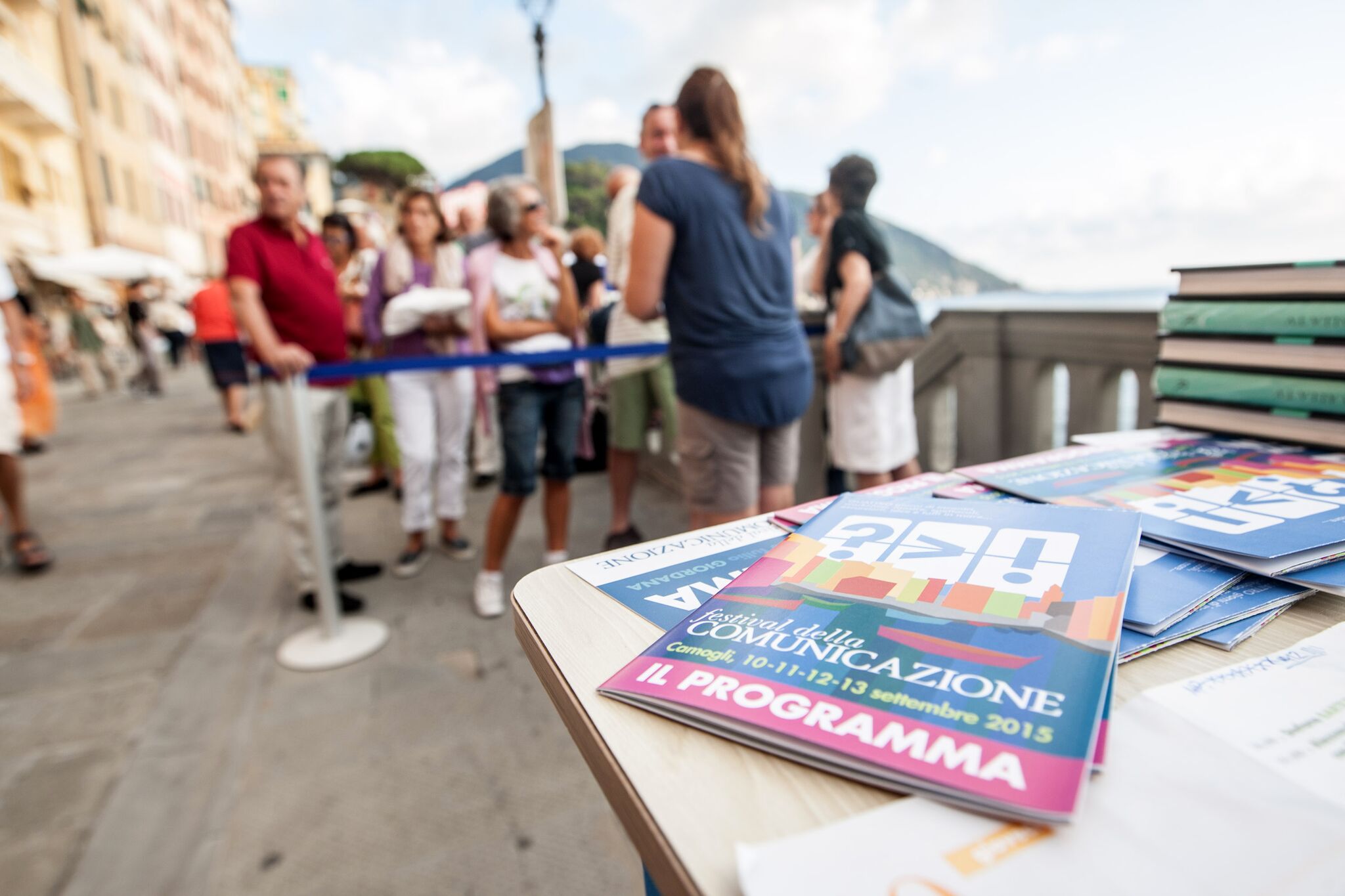 “Visions” will be main theme of the Communication Festival 2018, this year at its V Edition.
From September 6th to September 9th, 110 guests will come to Camogli to talk about their own vision on the future and on how they imagine the world in the next years. It will be a world dominated by technology, by fake news and by digitalization. A world in which it will still be possible to envision new ideas, where our sensibility about “green” will be developed and in which the memory of the past and its most respected personality will still be with us. One over all Umberto Eco, one of the co-founders of this event. The vision, according to the organizers Rosangela Bonsignorio and Danco Singer, “it is the talent to seek something original, to see beyond the material world and to look for all the possible conclusions. It is a quest to find new strategies and to open the possibilities for changes”. The communication festival in the years

The idea of the Festival born in 2013, during a dinner between friends with Rosaria Bonsignorio, Danco Singer e Umberto Eco. The first two proposed the idea, which was largely support by Eco, who became the godfather of the first edition in 2014. Since then the Communication Festival every year lures 30.000 participants, that meet in the squares, streets and cafés of Camogli to listen to many famous guests that work in different fields linked to the communication world: journalists, anchors, actors, writers and musicians. Here some of the names: Piero Angela, winner of the Communication Prize 2017, Roberto Benigni, Alessandro D’avenia, Gustavo Zagrebelsky, Marco Travaglio. The Program of the V Edition

This year to open the event with a Lectio Magistralis there will be Renzo Piano that will talk about the tragic facts of Genoa and then he will present his vision of a new urban environment and how this have an impact on the society. There will be plenty of workshops: 78 meetings, 11 shows and 2 exhibits. Do not miss the breakfast with the author, successfully introduced for the first time last year and proposed again this year. To relax after a long day of conferences there will be the semi-alcoholic aperitives, while if you are looking for some adventures you can participate to 6 different excursions in the Marine Protected Area. The Communication Price 2018 has been assigned to Alessandro Barbero, historian and writer, well known for his collaboration with the newspapers “La Stampa”, “Il Sole 24 Ore” and tv shows like Superquark. The awards ceremony will be at Teatro Sociale on September 9th at 5.30 pm, just after his intervention named: “The visions of an historian”.
For this edition, which theme is centred on our future, for sure there will also be many labs for kids: 26 workshops will be entirely dedicated to kids and their families. Moreover, many schools will be involved in the project of the festival, together with Universities that will form a team of volunteers.

The Festival and the Hotel Cenobio dei Dogi

A quality Festival, with a rich and intense program, to which Cenobio dei Dogi participate every year full of enthusiasm, hosting the guests, working hard to be the operative centre of the Festival and leave at the disposal of the organization its congress rooms in case of rain. A task that we always fulfil with pleasure, knowing that we will contribute to the success of the event that improves and promote not only Camogli, but everyone who participate.