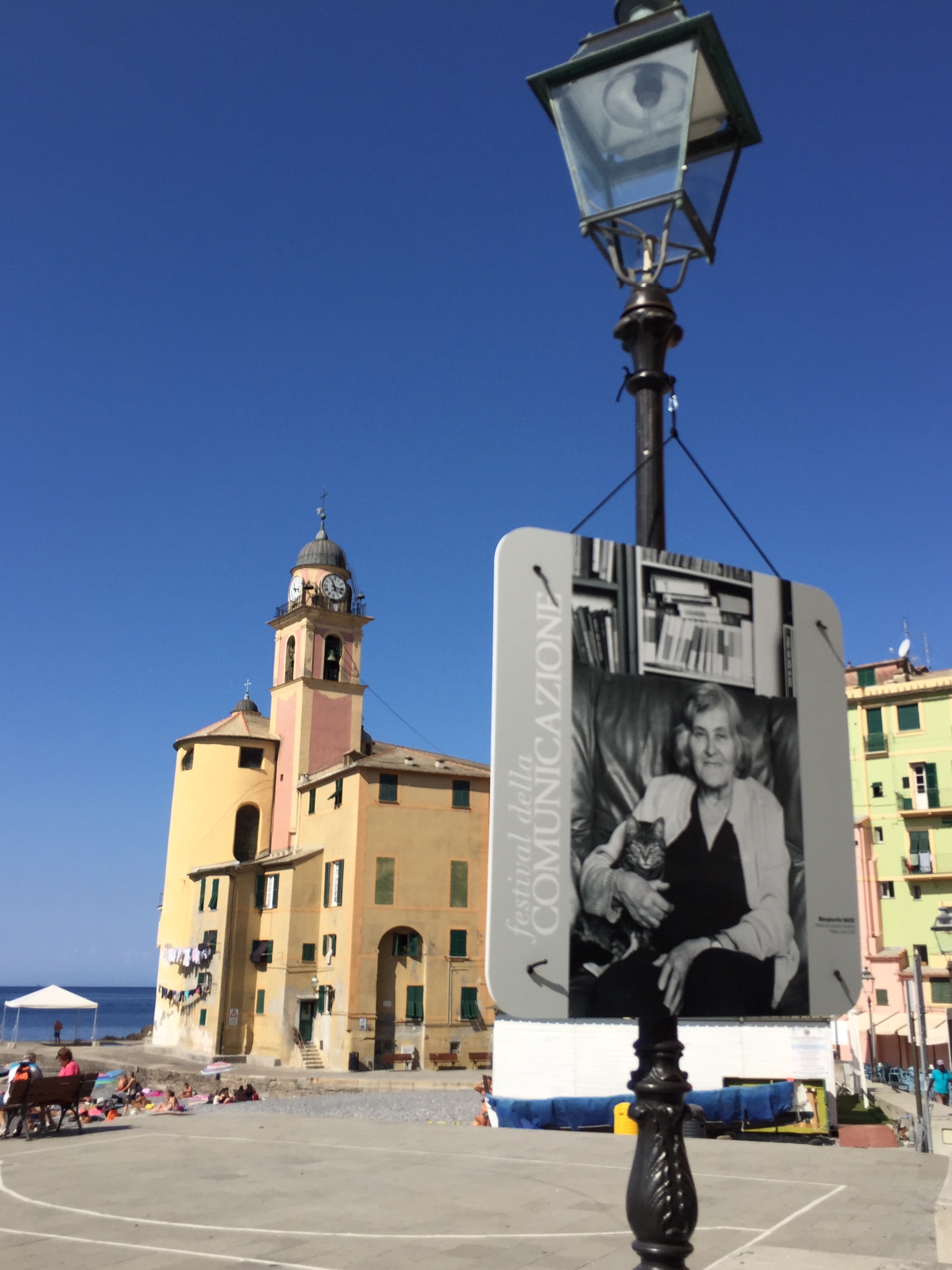 The web and the communication which pass through it are the most discuss theme of this era, everything is evolving around us. The language and the ways to express are a very dynamic topics, you could compare them to the sea, one day calm and the other rough with the ripples of the waves that mark its surface.

In the same maritime scenery as it is Camogli will take place the third edition of The Communication Festival from the 8th to the 11th of September. The event it was though and realized by Rosaria Bonsignorio e Danco Singer. The theme that unifies the meetings, workshops, labs for kids, expositions and shows is in fact the World Wide Web. “Pro e contro del Web” ( the advantages and disadvantage s of the Web) this was the title of the conference that the perished semiologist, philosopher and writer Umberto Eco should have presented during the Festival. Eco actually took a lively part in the organization of the Festival together with Bonsignorio and Singer: story tells that he would have wrote on a napkin the outline of the first edition during a private and friendly meeting with them. He really loved Camogli: he used to prolong his staying in the hamlet, at Hotel Cenobio dei Dogi, over the days of the Festival. Thanks to the realization of this event Camogli became the center of the communication in Italy, a virtual square where is possible to discuss cultural and technological topics. It will actually be a real square as the experts of this sector will keep their speeches all around the hamlet itself. The lecturers are 122 and this year will be possible to hear each and every one of them for free. This is the perfect occasion to enrich your holiday with culture while taking a break from bathing in the clear blue sea. You could also visit the village by bicycle, this would help you move around the conference’s squares, taking the example for the law forces themselves who recently started to use bicycles instead of the cars. The main protagonist of the conferences is the Web, approached in many different ways.

The section web and writing sees as protagonists the writer Andrea de Carlo and the journalist Aldo Cazzullo. For those who are interested in knowing how the web is connected with science it has been arranged the section Web and Science, that guests the scientific journalist Piero Angela and the geologist Mario Tozzi. For the section Web and Communication will participate famous lectures as Ferruccio de Bortoli previous Executive Director of the journal Corriere della Sera, Mario Calabresi new Executive Director of the journal La Repubblica. There will be a space dedicated to the industry field and its connections with the digital world, the section will be Web and Companies. Other important names that will participate are the Founder of Eataly Oscar Farinetti and the RAI President Monica Maggioni. For sure there will be a section dedicated to the Web and the Digital Culture cured by the web journalist Salvatore Aranzulla and the essayist Stefano Bartezzaghi. Finally it will be possible to participate to conference regarding the Human Rights and the Web for which it will also speak the previous magistrate Gherardo Colombo. Do you think that listening won’t be enough? Would you like to write as well? The workshops on the literature classics are what you need. We will work on Pride and Prejudice, And there were none, Psyco, to understand how the perception of fear has changed with internet.
The web fan could unleash their passion with a contest on Twitter, Facebook or Instagram “From the aphorism to the tweet”, made in honour of Leo Longanesi. It consists in rewrite the famous aphorisms of this writer by associating them with images and publish them with the hashtag #LeoLonganesi. For those who are interested in art and culture it will be possible to visit the exposition dedicated to Umberto Eco and cured by Tullio Pericoli, or you could enjoy again the vision of some of the masterpieces of Maestro Roberto Benigni as Johnny Stecchino, La Vita è Bella and Pinocchio. To the actor-director already winner of the Oscar prize, in this occasion it will be assigned the Communication Prize.