Genoa: What to see in one day 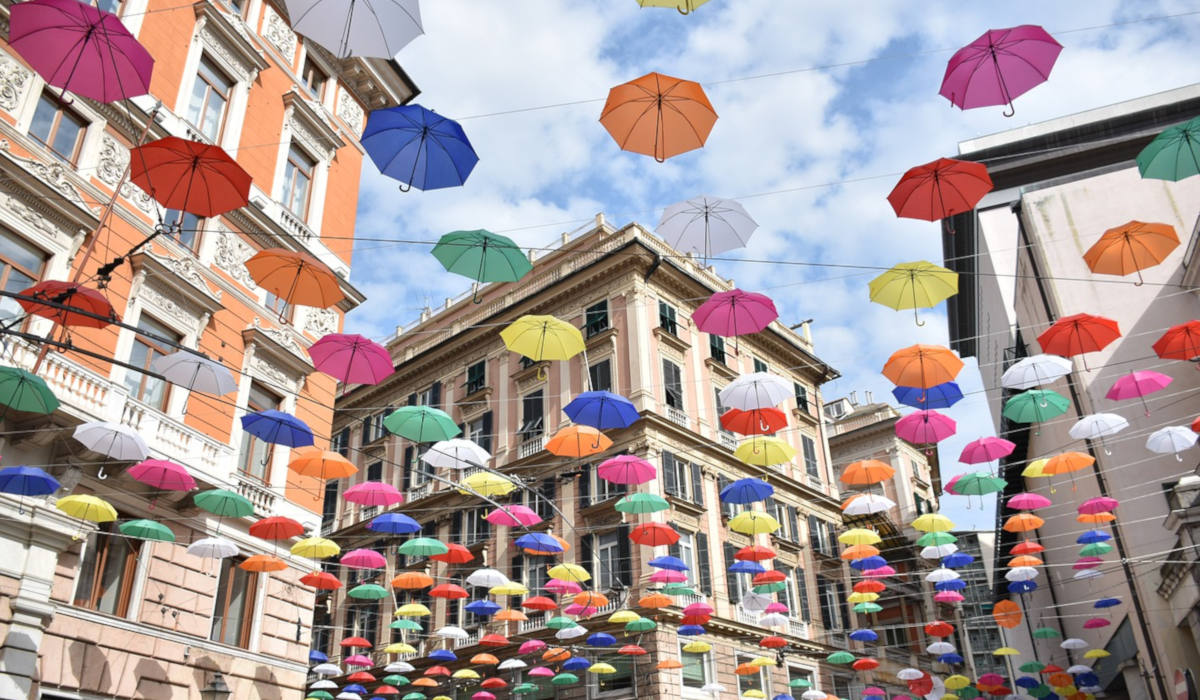 If one day of your holiday is rainy or if you simply would like to escape the chaos of the crowded beaches there is a trip that you should not miss.
It is just perfect for any time of year.
Of course we are speaking about a day trip to Genoa!

Genoa has a rich historical and cultural heritage, other than many charming spots. It is a pearl nestled in the middle of Liguria that looks forward to your visit in order to pamper you and your family with an extraordinary experience! 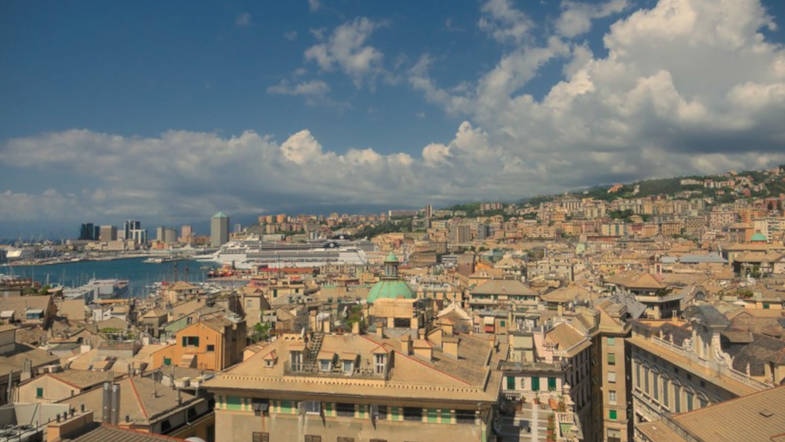 But is it possible to visit Genoa in just one day? Of course it is!
In this article we will advise you an itinerary that includes the most important attractions in town.
You can anyway change it according to your interests and preference.

We suggest taking a regional train from Camogli to Genova P. Principe train Station.
In about 45 mins you will reach your destination with no stress for parking.
A whole day to discover Genoa unwinds ahead of you!

#1: A promenade in the historical city centre

In 1538 the poet Francesco Petrarca wrote about Genova:

“You will see a majestic town, backed against the hills of the Alps, superb both for its men and its walls, the view of which alone suggests its being dominant over the sea.”

From here the name “La Superba”.
And it is in this first part that you can see the awe-inspiring Genoa, the very part that shows you She is the “Queen of the Sea”: its city centre. 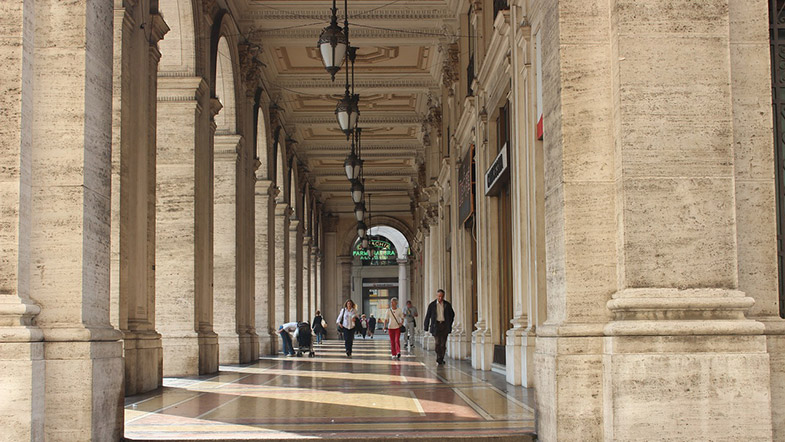 From the train station take Via Balbi.
It is an avenue with arcades where you can find many universities, the dean and, most importantly the Royal Palace, UNESCO heritage site.

Going further on, on via Balbi, to your right you will notice Santa Brigada Rise: we strongly advise you to make a small detour in order to visit the few ancient wash houses survived up to the present day, surrounded by the colourful houses of the centre.

Via Balbi ends in Piazza della Nunziata. From here head towards Zecca square and then take via Cairoli. Going all the way down you will reach Via Garibaldi, one of the most beautiful pedestrian roads in Genoa. In fact, it is part of the UNESCO heritage, too.

Sumptuous palaces, once belonged to the Genoese noblemen, face this street. Amongst the most captivating you will find the Rolli Palace and the Red Palace.
Those amazing places are open to the public Twice a year during the Rolli Days events, which are organised by the town of Genova.

After a promenade in the most noble streets, now we are going to explore the most genuine part of the town: the labyrinth of carruggi that lead from the centre to the Ancient Port.

In this maze of narrow streets, which disclose small hidden squares, you can really feel the real Genoa: the mix of flavours, scents, languages and culture that have always characterized this coastal town. 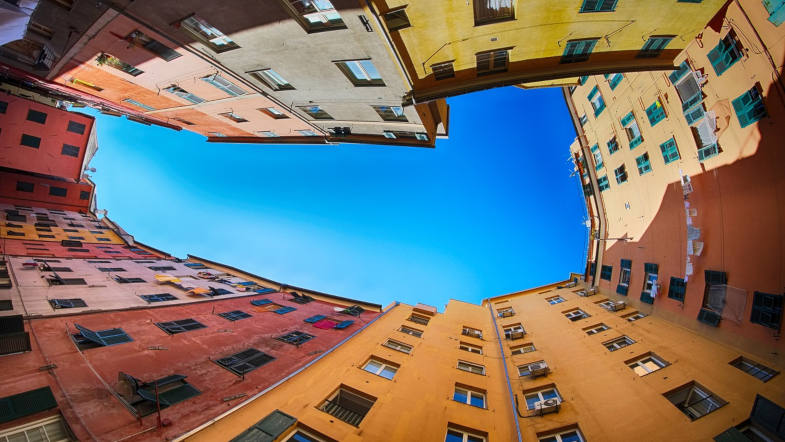 The streets you should not miss are: above all, Via San Luca, with its many little shops and bodegas where you can buy some souvenirs.
If you are passionate about music, from via San Luca go straight on until Via del Campo, prased by De André in his homonymous song.
Stop by in Piazza Bianchi, where you will find Loggia della Mercanzia. A building, located close to the port, that was used for negotiation and stock exchange.
Finally it’s lunch time!

You can choose to grab a focaccia to eat while wandering around or even stop by in a local informal restaurant in order to taste a traditional dish: trofie with pesto sauce (fresh pasta accompanied with the sauce made of basil), cima genovese (veal meat stuffed with several ingredients), preboggion (mix of local wild herbs cooked together): want to find out more? Click here!) and many more!

Having recharged your batteries, you are now ready to hit the road again.
Head towards the sea, to the Old Port, today a gathering and leisure place both for tourists and local inhabitants. 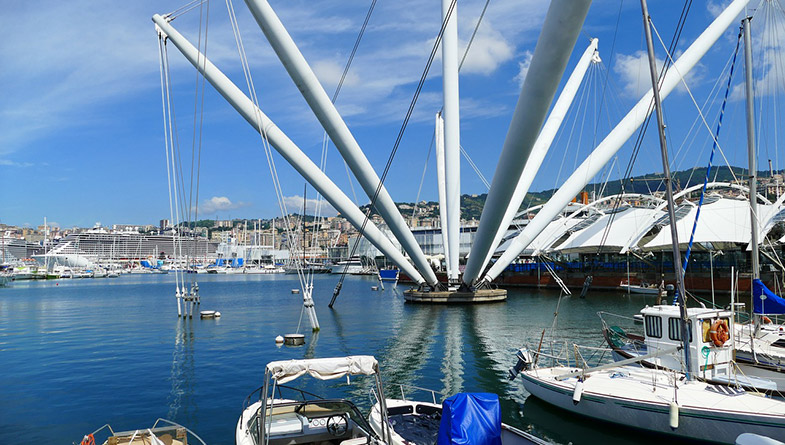 This area has been upgraded in 1992, when Genoa hosted the Universal EXPO ’92 and celebrated 500 years from the discovery of America.
One of the most famous italian architects led the project: Renzo Piano, who came from Genoa.

Other than the famous Aquarium in Genoa, which we will discuss later on, the port hosts the Bigo (a panoramic lift), the Biosphere, the “Città dei Bambini” (educational leisure centre for kids from 2 to 13 years old), the Arena del Mare (open air theatre) and the Piazza delle Feste, which in winter time becomes an ice skating rink.

Obviously, it is not possible to see everything in one day, so we hereby suggest two alternatives.

#4 A: An afternoon for kids, the aquarium and other attractions in the harbour

If you are visiting the town with your kids you might want to coddle them with an unforgettable afternoon in Genoa.
In this case we suggest you not to leave the harbor, in order to take advantage of the many activities for kids, like the Aquarium, the “Città dei Bambini”, the museum of the Sea and the Pirate’s Galleon. 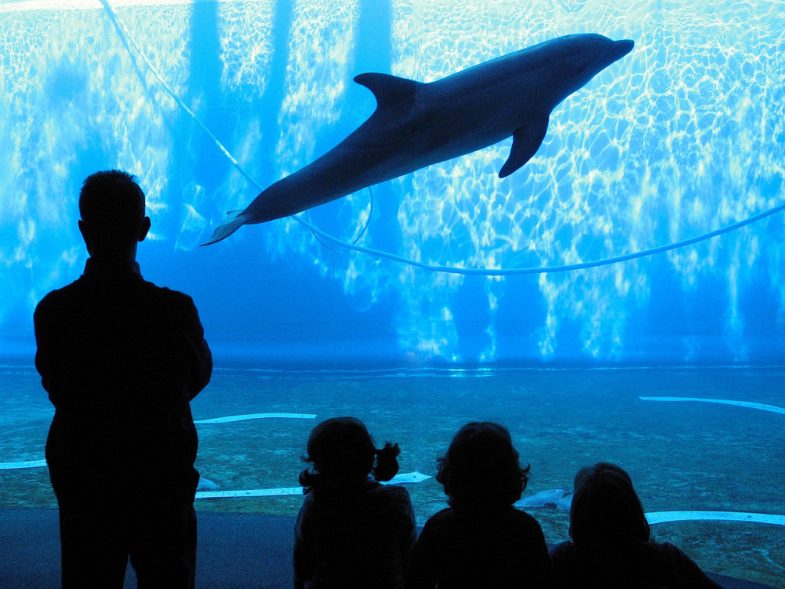 The Old Port in Genoa is a parallel universe for kids, a whole world, “built on the water”, tailor-made for them. You will find more detailed information about it in our article Genoa, a town for kids, that we highly recommend to have a look at!

#4 B: Cultural afternoon: visit of the Duke’s Palace

If, instead you would like to dedicate the day trip in Genoa to the cultural attractions, we advise to leave the port and climb up San Lorenzo street, until you reach Piazza Matteotti.

Here stands one of the most important and beautiful buildings of all Genoa: the Duke’s Palace.
Once used as the Duke’s head office during the ancient Republic, today it is the centre of the cultural life in Genoa.
In its chambers and in its internal arcade several events and exhibitions are organised. 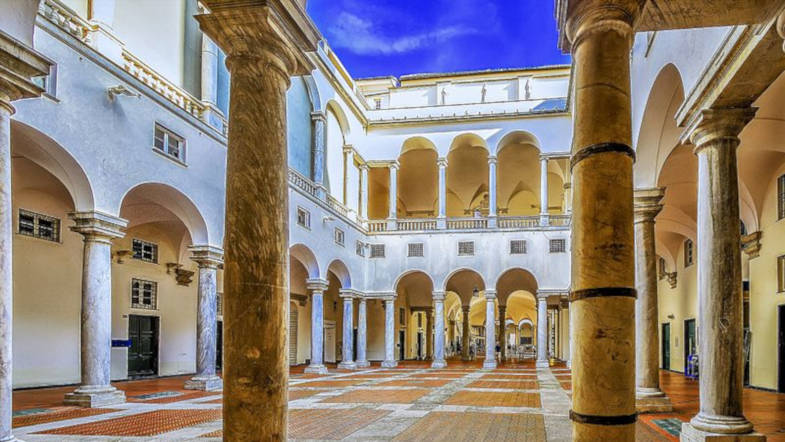 Once you get there ask the ticket office about the exhibitions of the day!
In alternative, you can visit the historical prison and admire the stunning view from the Grimaldina tower (for opening times
click here).

After your visit at the Duke’s Palace take the exit to Piazza de Ferrari, the main square in Genoa.
From here you will see the big round bronze fountain right in the centre of the square and the impressive Theatre Carlo Felice to the side. 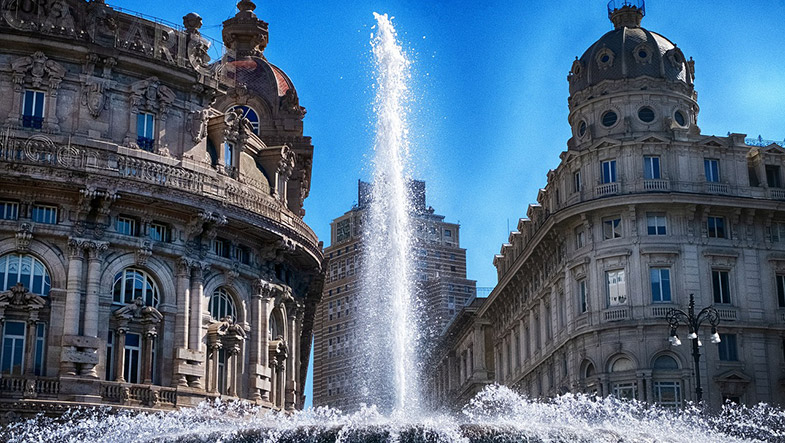 So now, after you made your choice between A and B, your day trip in Genoa has come to an end.
You can reach the train station on foot, if you have enough energy, or with the public transport (bus or underground).

The “Superba” will say goodbye to you with its evening charme and surely will stay in your heart! 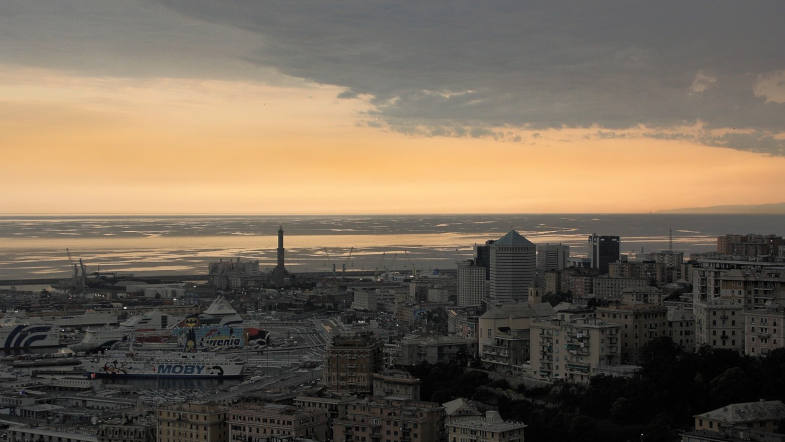 ← HOW TO MAKE THE ORIGINAL FOCACCIA DI RECCO, A MADE IN LIGURIA DELICACY