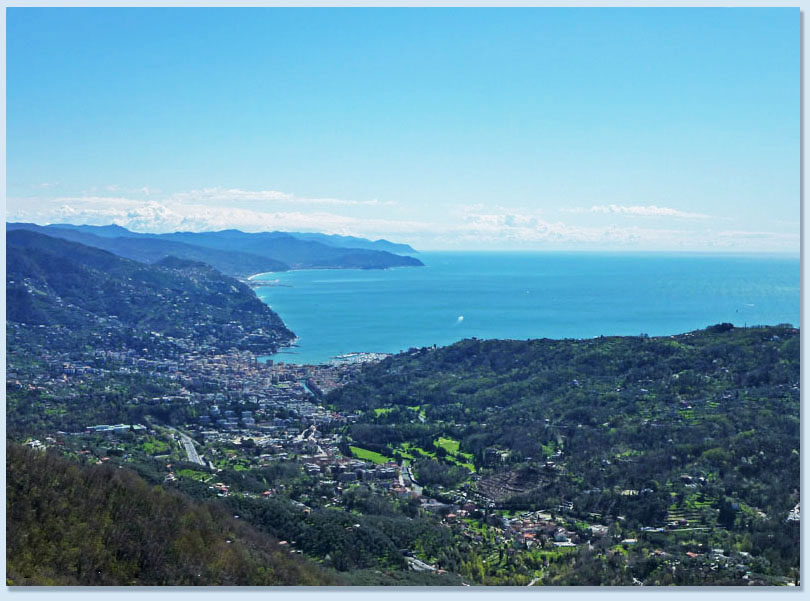 At over 600 mt above the sea level, on top of the Mount Orsena, you can enjoy one of the most spectacular panoramas on the Ligurian coastline.

We are talking about Madonna del Caravaggio Sanctuary, right on top of the mountain, with stunning views of the Eastern Liguria, from Golfo Paradiso to the bay of Tigullio. 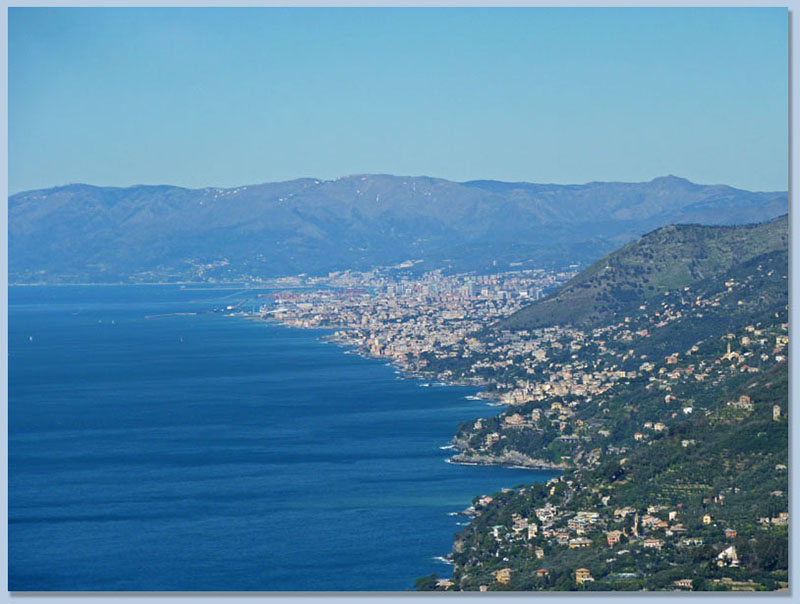 A unique scenery that draws many hikers who love the contact with nature and the feelings that a place of worship in such an evocative location may awaken.

This Sanctuary, dedicated to Mary, is situated in Santa Maria del Campo in the town of Rapallo.

As early as the mid-1600s a cross rose up on top of the Mount Orsena, which soon became a religious destination, where processions took place once a year.

A new building was built in 1838 (which had survived the World War II bombing). Before that, there was a chapel which rose on the spot where the cross was placed in the beginning.

It was gradually enlarged, most of all thanks to the contribute of the emigrants. Years later it was wrecked because of its state of abandon, due to conflicts with local Rapallo parishes.

Today you can see a newly reconstructed façade, after a vandal attack in 1956. To be exact, it underwent reconstruction from June 19th 1983 to July 28th 1985, its reopening date, celebrated with a religious solemn ceremony.

THE PATH FROM CAMOGLI

One of the peculiar and interesting aspects of this place, is that the Sanctuary can only be reached on foot through several hiking trails.

If you are staying at the Hotel Cenobio dei Dogi it surely is a not to miss hiking destination. You will surely be amazed by breathtaking views and the uncontaminated nature.

One of the trekking trails starts from Ruta di Camogli, close to the Millennial Church. 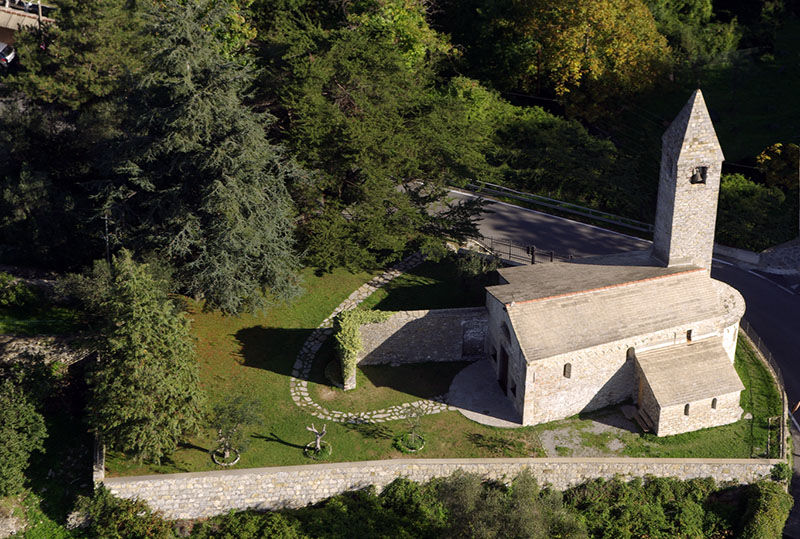 Ruta is a hamlet of Camogli, located on the ridge of Orsena Mount. You have to go north on this ridge, by entering an asphalted road towards Santa Maria del Campo and Rapallo. The, after a hundred metres or so, you have to take the path on your left side, indicated by two red dots, going towards Caravaggio Sanctuary.

The path goes up in between the houses and then enters a chestnut forest.

Continue past the trail towards Recco (on your left) until you reach an amazing panoramic viewpoint. Absolutely breathtaking… not just because of the climb! 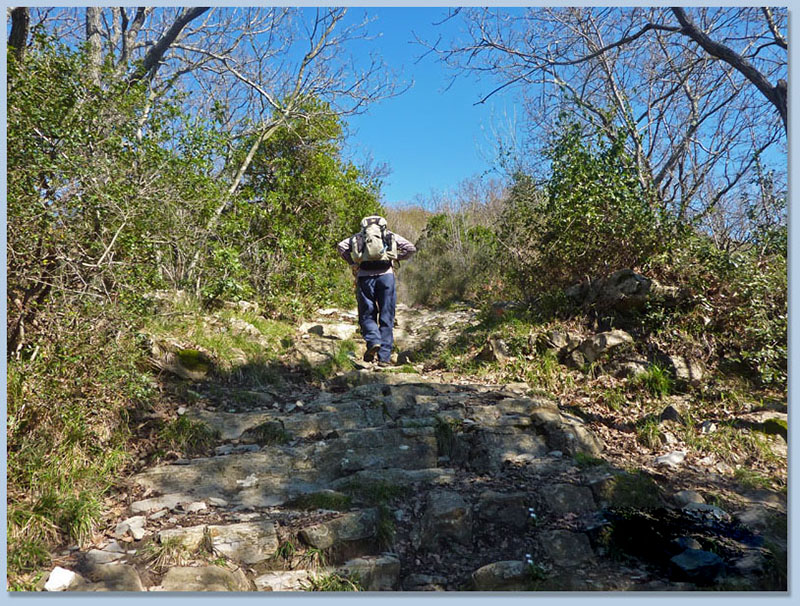 Continue close to the ridge, almost reaching the Mount Chiapparolo’s peak, and then descend towards another pass, going around Mount Ampolla, consequently reaching Orsena mount. From there you can already see Caravaggio’s Sanctuary.

You will need to leave the indicated path behind and continue on the ridge instead, going up the stairs towards the forecourt and the church. The view is incredible.

(Except any possible restrictions due to the pandemic)

TECHNICAL CHARACTERISTICS OF THE TRAIL

It is easy enough for anyone, including children from 6 y.o.

Photo credits: picture in the opening by “Sentieri Italiani”

← ONE DAY TREKKING FROM THE HOTEL TO SAN FRUTTUOSO