Dive to the Statue of Cristo degli Abissi 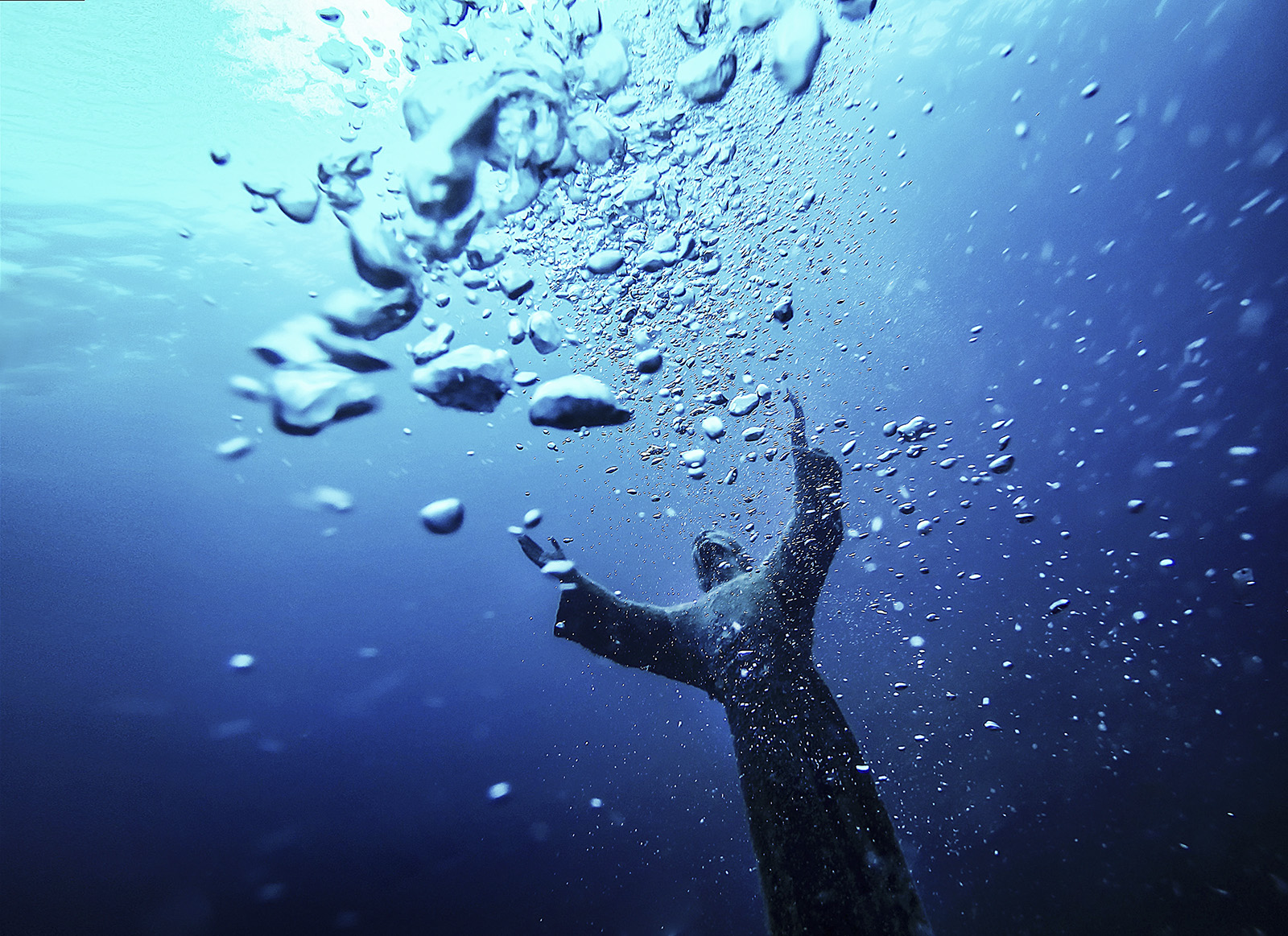 There is a wonderland, hidden to the eyes of the tourists that reserved amazing surprises to whoever has enough courage and curiosity to dive and discover it. It is the submerged world that is beneath our sea.

Many wonders: “what can we see there?”

You can see everything you can imagine and much more.

You will be thrilled!

Whoever decide to get down there is a dreamer, an explorer, loves excitement and to uncover new worlds.

We are in between Camogli and Santa Margherita Ligure, in a stripe of sea that is characterized by the beauty of its seabed, from the great biodiversity and from the presence of submerged cliffs that get down to considerable depth. These cliffs create a rich environment, unique to the Mediterranean, where you can find rare microhabitat.

This is the Area Marina Protetta di Portofino, a unique submarine environment, enriched also by human traces like archaeological finds and bronze statues.

All these aspects have made Camogli and Portofino sea, some of the most famous diving sites of the world.

There are 20 diving sites in the Marine Area of Portofino.

Today we will visit one of the most famous and charming, distant only a very few miles of navigation from Camogli: Cristo degli Abissi’s Bay (Christ of the Abyss).

Meet the statue of Cristo degli Abissi: the history 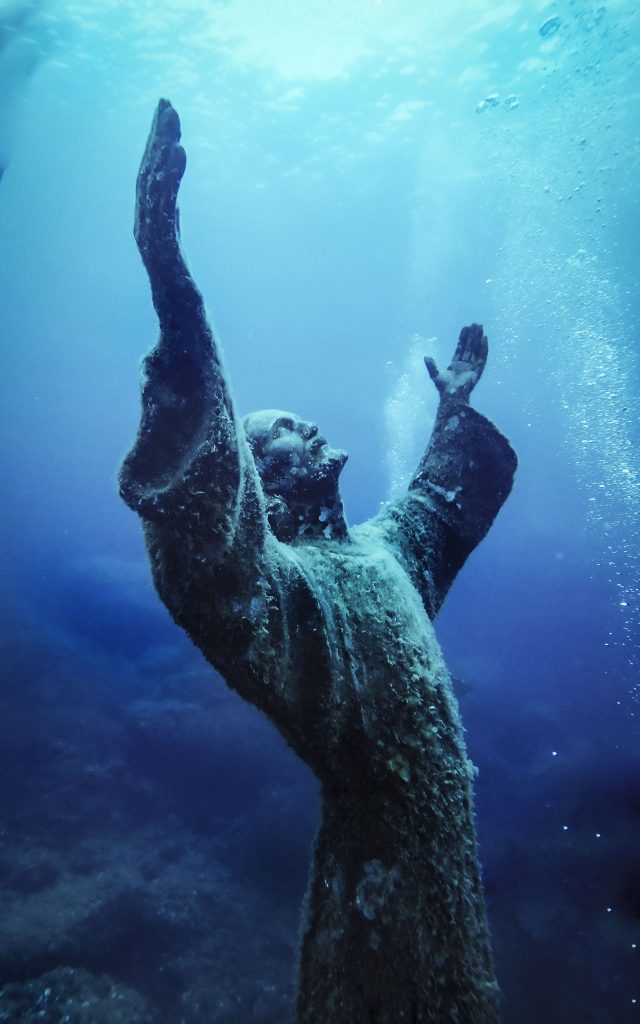 In San Fruttuoso Bay, in the intense silence of the depth you will make an unforgettable encounter: the one with the statue of Cristo degli Abissi, a large bronze statue representing Jesus Christ with open arms stretched towards the sky in sign of pleading and peace.

The statue was put on the seabed in front San Fruttuoso in 1954. It was wanted by Duilio Marcane, one of the founders of Italian scuba diving. Its history started in 1947 when a friend of Marcante, Dario Gonzatti, died tragically during a dive in the area of Portofino.

It is said that Duilio Marcante, during the funeral, left the ceremony in order to dive and meditate underwater. Right in that moment, he had the idea to create a place of meditation and prayer in the sea depth, by placing there a statue of Christ.

A few days after, the idea started to take shape and the statue was commissioned to the sculptor Guido Galletti and placed in the seabed at 17 meters below, with the help of the Navy.

At this time, it is actually a couple of meters higher as it was removed in 2003 in order to restore it and preserved it from the erosion and the scales of salt. The apical part of the statue is at a depth of 12 meters. When you descend there, you will be fascinated with the mystical atmosphere of the place. Thanks to the play of lights that the sun beams cast on the hands first, then on the face, and at last on the whole body showing its grandeur. 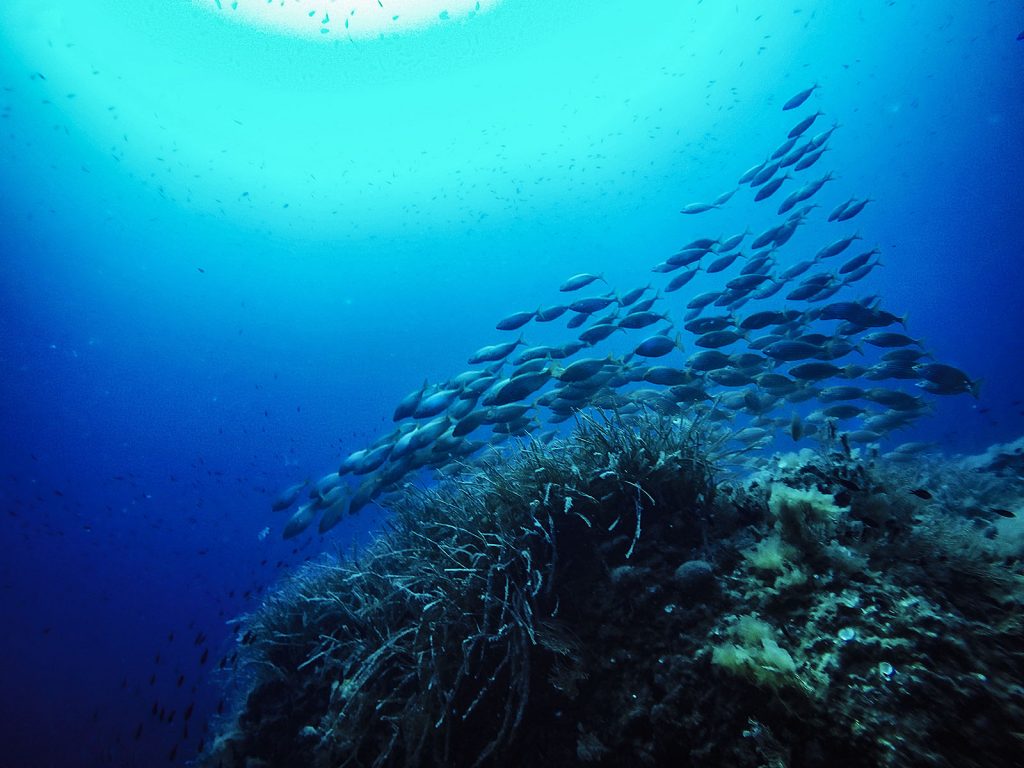 The diving is relatively easy and can be done by divers with 1° level licence. It is necessary the 2° level licence if when you leave the statue, you keep the dive along the coastline and you are willing to descend over 18 meters.

All around the seabed is quite flat, between the rocks it is not rare to meet some triggerfish, while beyond the statue, it descends constantly and it is covered by spots of algae as Posidonia oceanica.

The marine environment is populated by a large variety of species both plants and animals, due to the characteristics of the seabed and the intensity of the light.

Slowly descending you will uncover breathtaking landscapes, inhabited by different marine species: groupers, sea breams, salps, red snappers, barracudas, and with a bit of luck you may see also dolphins.

Technical information for the divers

The diving by day or night, organized by divine centre or private, must be authorized by the management body.

Time over time, the statue has become a symbol of love in memory of all the people that has died at sea and for all the people as fishermen, sailors and scuba divers that every day put their life at risk, having chosen the sea as their reason of living.