TOGETHER FOR CAMOGLI ‘S “TONNARELLA” 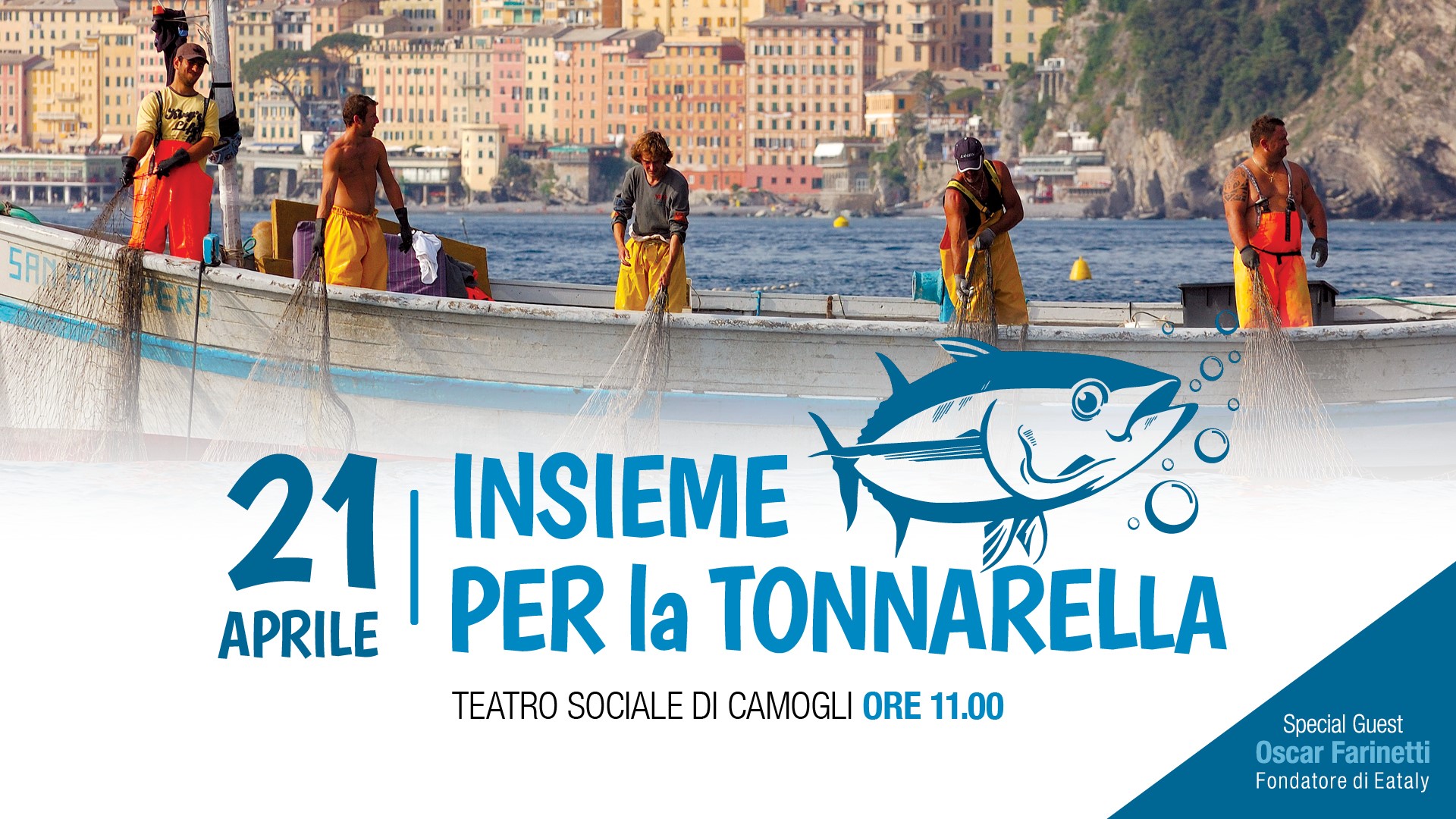 Saturday April 21st at Teatro Sociale we celebrate together with Oscar Farinetti the restoration and return in the sea of Camogli’s Tonnarella. The City Hall, the Marine Protected Area, the Communication Festival, Hotel Cenobio dei Dogi and Pro Loco will present initiatives to support the historical fishing net, now back at his role, one year after it was damaged.

One fisherman is not enough to fishing out the net of Camogli’s Tonnarella, many strong men are necessary. Camogli’s citizens know it very well as they have been working on the net in the past days. The net is so long that it covered the whole dock and they just recently lowered it back down in Punta Chiappa. Ancient knowledge, passed through the generations, this year the pose was followed with great relief. This is because after the accident that damaged the net beyond repair last year, many people thought that was the last time in which we could see it operational. Instead after many initiatives by the Cooperative of Camogli’ s Fishermen and thanks to the collaboration of shops, restaurants and public institution the tonnarella has been restored. Saturday April 21st at 11 am at Teatro Sociale di Camogli (free entrance) after the ancient net will be place back in the sea, the town will celebrate together with the main sponsor of the crowdfunding_ The City Hall, the Marine Protected Area, the Communication Festival, Hotel Cenobio dei Dogi and Pro Loco_ and will present their initiatives that help out the Cooperative. Guest of honour Oscar Farinetti, who decided to involve Eataly (CEO and founder of this chain of biological and Italian traditional food) and show his support in the restoration of the tonnarella. The mayor Francesco Olivari and the President of the Marine Protected Area will explain the importance of this ancient structure and how it is one of the 5 still active tonnare in Italy, the only one in Liguria. There will also be an intervention of Valentina Cappanera of the Ziguele a female only marine biologist and ecologist cooperative that promoted another crowdfunding for the Tonnarella.
Giuseppe Giusto will dedicate the incomes of the selling of his book “Tenderly awaited” (a collection of sunset pictures taken in the beautiful bay of Camogli, which is the result of the namesake photographic contest promoted by Hotel Cenobio dei Dogi during the event “San Valentine be in love in Camogli” of last February) to the tonnarella. To present the book will be the writer Andrea De Carlo, citizen ad honorem of Camogli, that signed the introduction.

Pro Loco Camogli will devolve the incomes of the 67° Edition of The Fish Festival to the tonnarella: those who will buy the traditional portion of fried fish and the souvenir pottery dish on Sunday May 13th will help the fishermen of the Cooperative.
Rosangela Bonsignorio and Danco Singer coordinators of the Communication Festival, will introduce Oscar Farinetti that will talk about the Eataly campaign “Salviamo la tonnarella di Camogli” (Let’s Save Camogli’s Tonnarella). Thanks to the chefs of Eataly Torino, Milano, Roma and Genova, the attention to the public has been brought to this example of eco-friendly fishing system and with the safeguard of Slow Food, it has been promoted a crowdfunding on the platform Produzioni dal Basso.