WHAT TO SEE IN THE BEAUTIFUL CAMOGLI 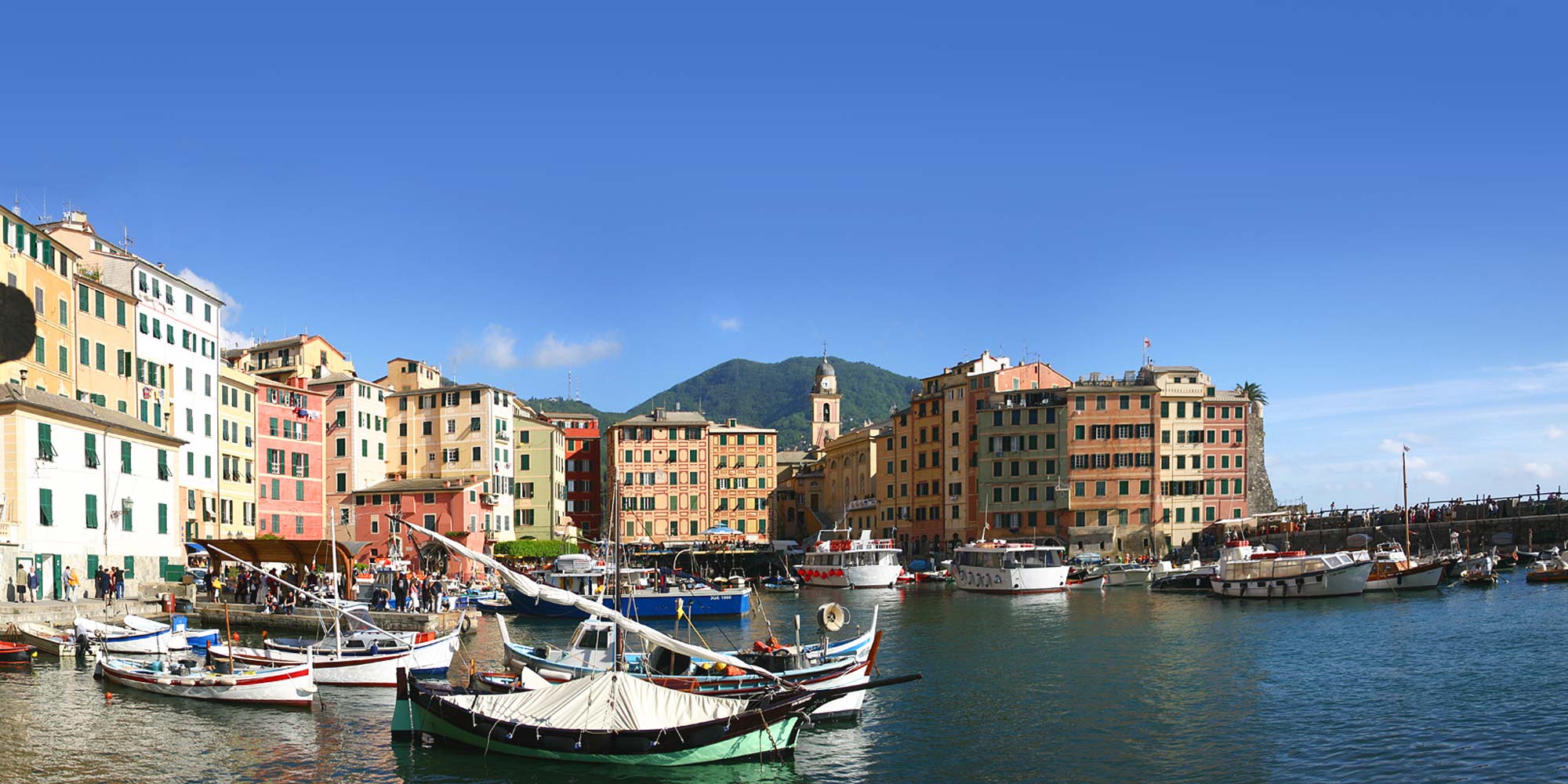 Set between the mountains and the enchanted of Paradiso’s Gulf, Camogli keeps from centuries the typical Ligurian maritime hamlet’s vibe and at the same time the one of unique spot, where you can lose yourself for a day.

There is nothing more charming than walking across the small streets of the town “carrugi” (typical Ligurian narrow streets) in a spring day. In summertime, do not miss the chance to swim in its crystalline sea. 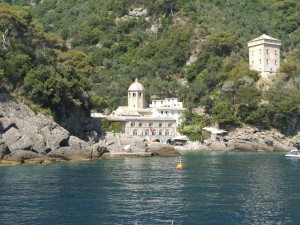 After a lovely walk between the carruggi and the seaside promenade, among the many boutiques and shops of local handcraft, you can then explore the surroundings. First, San Fruttuoso’s Bay, reachable only on foot or by ferry. A lovely hike that is totally worth your hard work. A small jewel settled in a greenery bay, where you will find a Romanic Abbey, the Doria’s Tower and deep down in the sea, in front of the bay, the famous statue of Cristo degli Abissi.
Another destination reachable after a steep ascend is San Rocco of Camogli (the hill right above Camogli) that you can reach by bus or walking, following the sightseeing street that links the small district of Ruta. Here on the top of the promontory you can visit the church from which you can admire a breath-taking landscape.
Once there, do not miss the chance to keep going in the direction of Punta Chiappa. It is the tip of the Promontory of Portofino and in order to reach it you will have to follow a staircase of a thousand steps. We assure you that your effort will be fully repaid, as the panorama form there is amazing. 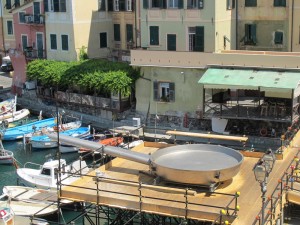 Do not miss the chance to come here in May. On the second Sunday of the month, every year there is the famous Fish Festival. Here a giant fry pan is the star of the event: it weighs 280 kilograms and has a diameter of 4 meters and a handle of 6 meters in length; it can fry in one day almost 30.000 dishes of fish.
The Fish Festival is a culinary event known at national level. From 1952 every year thousands of tourists come and visit the village, anxious to taste a dish of delicious fried fish; thanks to the passion and dedication of the volunteers of Camogli’s Pro Loco, that alternates turns in front of a giant pan of boiling sunflower oil. Who would have guessed that the event would have become such a great success? It came from a simple idea of the lawyer Filippo Degregori, that one day in 1952 decided to build in Colombo Square an improvise kitchen out of bricks and to fry the catch of the day. They kept cooking all day long using 6 fry pans. However already in 1954 it was necessary to switch to the first Big Pan. It is unique as well the Feast of San Fortunato, that takes place the night before the Fish Festival with its open market, the religious procession and fireworks. All made in honor of San Fortunato, saint protector of the fishermen. The most awaited event is the bonfires that are lit just after the fireworks on the beach.

Stella Maris is a feast that is celebrated every year on the first Sunday of August. It is by far the most charming festival of the town, where thousands of tiny tealights will be release from the beach into the sea. Not only that, a procession of boats adorned for the special occasion will departure from the pier to reach Punta Chiappa in order to give thanks to the altar of Madonna Stella Maris.

← The Portofino Coast watched from the sea

Cinque Terre, hanging between the sky and the sea. →