Christmas at the seaside _ Christmas in Liguria 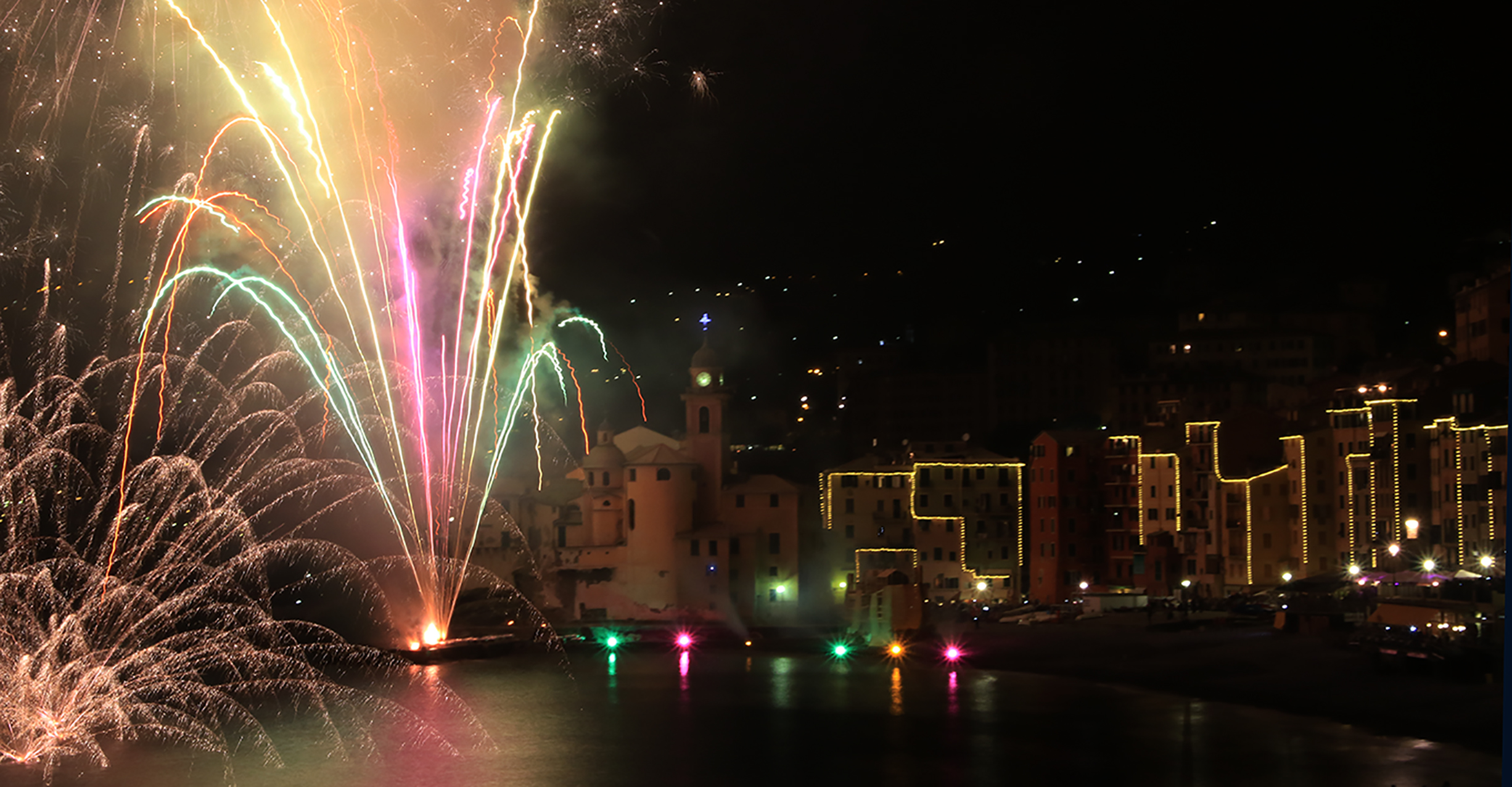 December is a special month, it brings with it the magic and the harmony of Christmas within the excitement of the beginning of a new year. It is a period full of feasts, each can be a special moment to spend with the people we love. You just need to choose: markets with all sort of artisanal products, music shows and for the kids Santa Claus villages. In Liguria snow is very rare but there are numerous events and it has a very precious ally: the sea.

In the Dragonara Castle it will be hold the House of Santa Claus and his elf helpers, up till January 6th. Once again there will be Enjoy Camogli _ Christmas and New Year’s Eve at the Castle, an event that guests activities for children and adults: games, cooking class, music shows and fireworks. There is a rich program: in the Cannons’ Square, just below the Dragonara Castle, it will be set up a proper post office where children will be able to write down their Christmas’ mail and give it to the elves, Santa will read the more beautiful ones and they will be rewarded. There will be a laboratory to dress up the children as elves. The whole family cannot miss “Le officine del gusto e di Babbugo” a cooking class thought for families that is based on flour, emblem of homemade cuisine, held by chefs and nutritionists. Santa Claus will not stay for very long, once his work is finished he will return to Lapland, his homeland, so better to hurry and visit him: on December 26th there will be a special ferry that will take him to San Fruttuoso, where with his magic slate will fly back to the North Pole. After December 25th it is time to think about what to do on New Year’s Eve. If you decide to pass it in Camogli you could already choose between about 20 restaurant that joined the event Enjoy Camogli, and you cannot miss the big feast that will be celebrated in the main square Piazza Colombo, where starting from 10pm will have music and dancing and at midnight to hail the 2017 there will be a fireworks show.

In Rapallo there will be a Christmas Village at the sea: up to January 8th you can visit the Christmas Village held inside the Castle on the seaside promenade Vittorio Veneto. Be careful though Santa Claus and his elves have a very short time to deliver the gifts to all the kids and so the last chance to see him will be in the afternoon of December 24th in the streets of Rapallo. The village instead will remain open and it is worth a visit because every element inside the house it is realize in wood by the native artist Oriana Pagan. There are also other reasons to visit the Castle: until January 8th there will be several booths: gastronomical, artisanal and manufactured objects’ stand both of Liguria and Tuscany. Adults and children can enjoy the Ferry Wheel, from where is visible the Christmas Village, the Castle and the shape of the houses along the seaside promenade, that will be light up for the holydays. On the West side of town Villa Queirolo will guest laboratories for children and much more. In Rapallo as well everything is ready to hail the New Year. There will be the usual feast along the promenade or you can choose to hail the new year at the Clarisse’s Theatre that will guest a special show starting at 10pm. In the Superb City’s Christmas won’t let anyone down. Genoa will guest once more the big fair of Natal Idea, 10 days _ from December 8th to December 18th_ of full immersion in the magical atmosphere of Christmas, a place to relax and to enjoy yourself with the family. It will give you the perfect occasion to buy the gifts for the holydays; you can choose between local handicraft and ethnic, accessories, natural make up and much more. For the kids it will be possible to ride giant donuts on a racetrack and visit the Kids Theatre, a small arena in the center of the Blue booth, where magicians, storytellers, Christmas’ Carol will be performed together with face painters and games for children.

In the Old Port, from December 7th to January 31st, it will be installed a Ferry Wheel and you will find the Circus of Circumnavigando Festival.

Christmas means also Presepe (The Nativity Scene) and in Genoa this tradition is still very strong, since XVI century. If you have the chance go and visit the one of Santuario della Madonnetta, the one of the Luxoro Museum Collection In Nervi, or the Presepe of the Duchess in the Sanctuary of Santa Maria delle Grazie settled in the park of Villa Duchessa di Galliera in Voltri.

For those who will spend the holyday in the Far East of the region we suggest to stop by in Tellaro. It is considered one of the most beautiful hamlet in Italy, built on a cliff, offers to visitors a unique show on Christmas’ Eve: the Underwater Christmas. In a classical Christmas atmosphere, with the lights of the town that are reflected on sea, we can assist to the miracle of the birth of Jesus. A statue of Jesus emerges from a shell in the middle of the sea and it is brought over the beach by a group of divers.

Even on the West side of the region the holydays will be properly celebrated. In Finale Ligure in the area of Savona, in the Calvisio’s Valle, up till January 8th you can enjoy yourself with Natale di GiuEle and the Christmas market. Along the ancient roman street Via Julia Augusta you will dive in an e very unique atmosphere. A new scenography, new attractions and new shows will be the background to the Christmas Village. In Santa’s House will be held games and laboratory, while on the outside you could skate on an ice rink entirely made of eco-ice. It will be possible to have a tour by a touristic train that will take you to the village of Finalborgo. Moreover every Saturday night will take place the After Dinner Show, with musical and Christmas Carols for the whole family. It won’t be Christmas without Christmas markets. Even here in Liguria it is a very strong tradition, here we will list some of the best that you can find in the region. In Loano already before December 8th until January 6th there is Villaggio Magie di Natale. The markets will open in San Bartolomeo al Mare in Magnolie Square on 8th and 9th December; in Torriglia from 8th to 11th December. The Santa Claus’ Elves Village will be open in Levanto from December 5th to January 9th with its own market. In Piccapietra Square in Genoa the San Nicola’s market will be back up to December 23rd. Finally, to comfort the homeless, there will be the stand of Emergency in Vico Dietro il Coro della Maddalena up to December 24th.

Manarola and its Nativity Scene →