Pesto genovese: how to prepare the green gold of Liguria 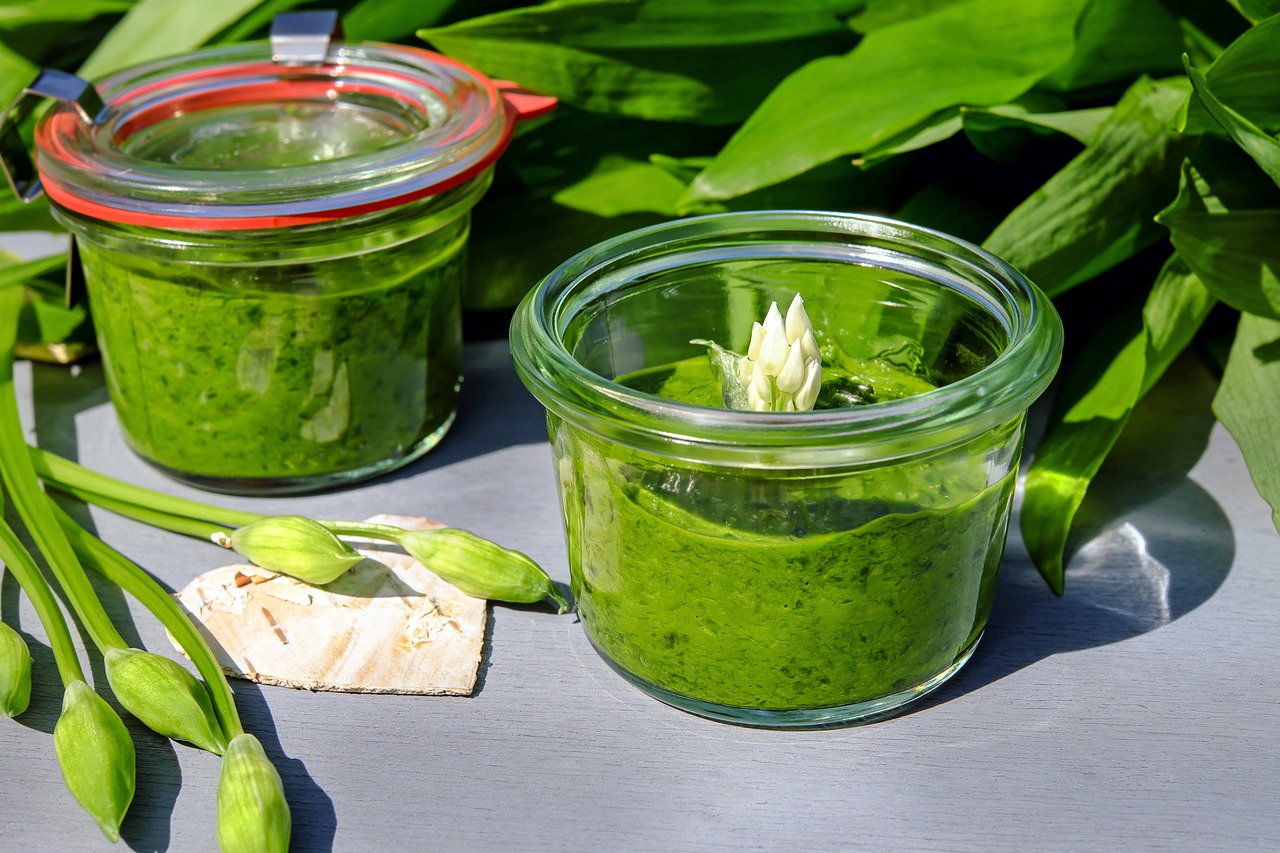 It has a unique scent.
A unique colour.
Its taste? Unforgettable!
We are talking about the most famous traditional Ligurian product in the world.
His majesty the Pesto of Genoa!

Behind what is considered “the green gold of Liguria” there a much more that meets the eye. The Pesto of Genoa is in fact not only a simple sauce made from basil and pine nuts, but a gastronomic excellence of which the Ligurians are extremely proud (and jealous!).
The pesto in Genoa preserves its own history, its original recipe and many curiosities that concern it.
Are you ready to explore its green and fragrant world?
Let’s begin! 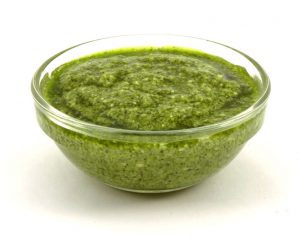 Origins and history of pesto

“When he picked up the herbs he sat cheerfully by the fire, and loudly asked the servant for a mortar.”

The ones you have just read are lines from a poem, the Moretum, attributed to Virgil. In the following lines, the Poet describes the recipe of a green sauce made from garlic, cheese and herbs mashed in the mortar. It is the moretum, the oldest ancestor of pesto!

In the Middle Ages, on the other hand, in Genoa and the rest of Liguria was prepared the agliata (aggiadda, in Genoa): a sauce made of nuts and garlic, used to seasoning the dishes of poor cuisine and consumed in abundant quantities by sailors, who hoped to prevent diseases and infections.

Finally, pesto, as we know it, was born in the nineteenth century, when its recipe was reported in several cookbooks.

What we have just told you is the historical reconstruction of the birth of the Pesto of Genoa. However, around such an important product it is normal that people made up a legend.
According to the legendary version of the people, the pesto was born thanks to the imagination of a monk, who lived in a monastery of Prà dedicated to San Basil.
One day, the monk decided to collect an aromatic herb that grew close by, and named it Basilium, in honour of St. Basil. He then beat the grass with a few other ingredients brought as a gift by the worshippers: and this is how the Pesto was born.

There are a thousand ways to use pesto in the kitchen, but only one correct way to prepare it according to the original recipe.
So, here are the instructions to prepare the only real Pesto of Genoa!

First, if you want to make sure to prepare the Pesto Genoa according to the original recipe, make sure you have mortar and pestle in the kitchen.
Preparing pesto, the real one, without these two tools is impossible! 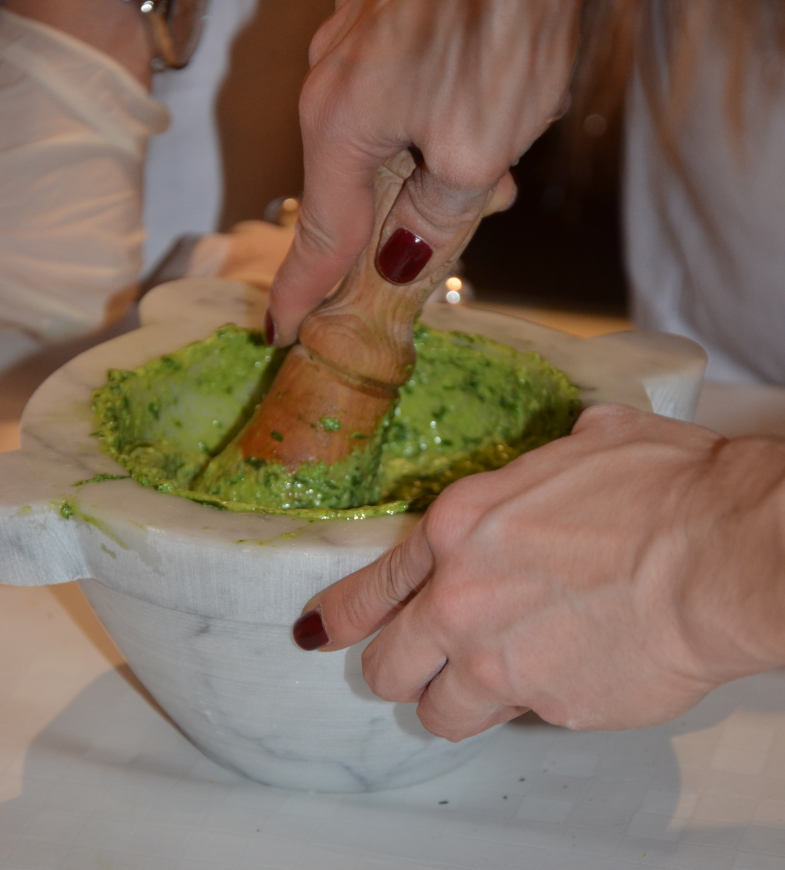 Well, now that you’ve got everything you need, let’s move on.
By making gentle rotational movements of the wrist, mash the garlic with some salt in the mortar. Then add the pine nuts, keep mashing. Incorporate the basil leaves (previously washed in cold water). Finally, add the grated cheeses and extra virgin olive oil.
Voila, you have obtained a delicious and traditional pesto of Genoa!

Pesto can be used to season and give flavour to many dishes.
As a starter, you can use it to season cherry tomatoes or grilled vegetables. You can also use it to stuff the lasagne, instead of the sauce. Or, again, you can use a few spoons as a topping on the pizza. The pesto is delicious everywhere, so use your imagination!
But if you want to prepare a typical Ligurian dish, then the choice can only be one: trofie mantecate al Pesto di Prà con Patate e Fagiolini Verdi (trofie pasta with Pesto of Prà with potatoes and green beans) just like those that we serve in our restaurant La Playa! 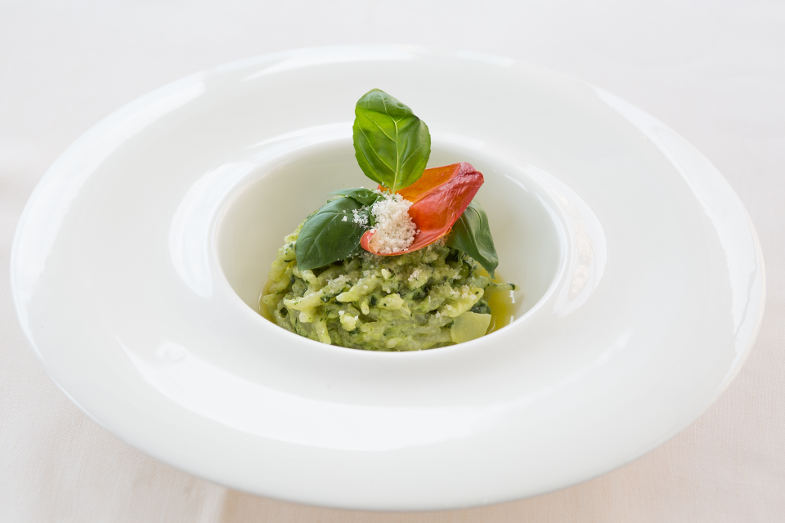 ← PORTO PIDOCCHIO IN CAMOGLI, A SMALL PEARL TO DISCOVER

THE SILK FACTORIES OF ZOAGLI, VELVETS AND SILKS PRODUCED AT THE SEASIDE →