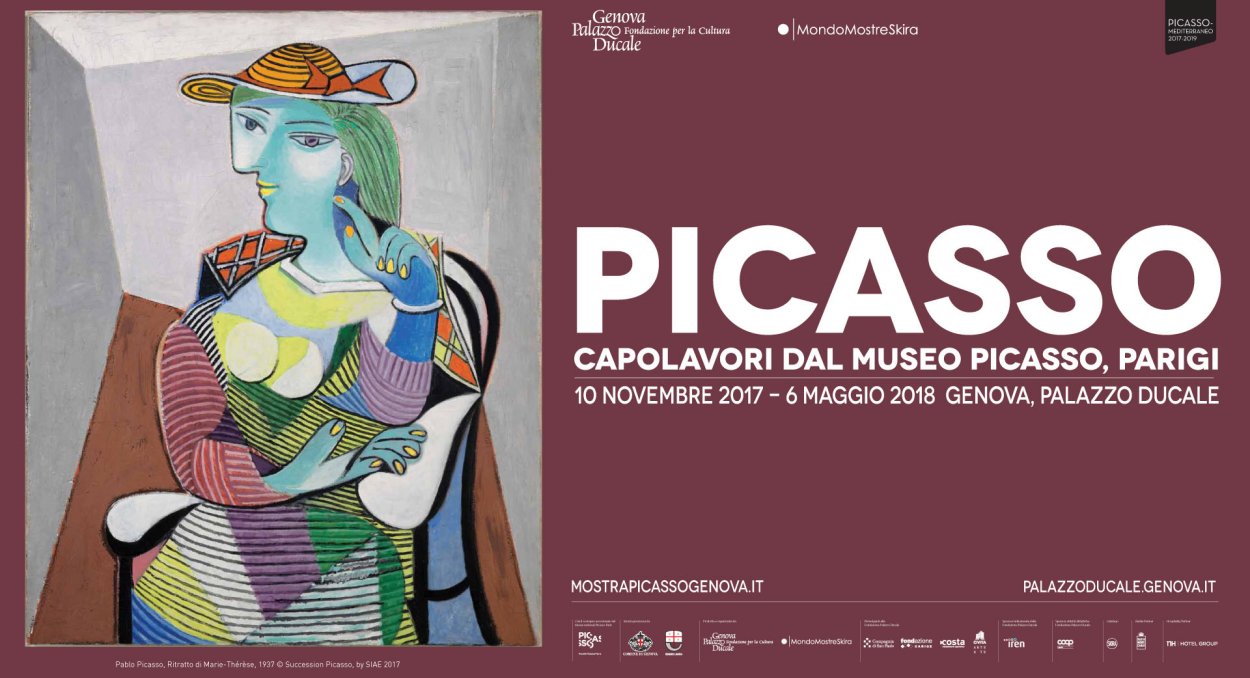 Few times in life you have the opportunity to admire a professional and spiritual path of a great artist. This is surely possible by contemplating his most personal and favourite pieces, the one that the artist keeps in his house and not necessary the most famous and appreciated by the public.

The exposition “Picasso-Capolavori dal Museo Picasso di Parigi” succeeds in doing so: it takes the viewer inside the world of the great Catalan artist, in his private and personal dimension. It is an itinerary inside his work, along the places in which he lived and from which he took inspiration. In the exposition you will find his different styles and artistic periods, form the beginning of 1900 up to the seventies, but also his personal favourite pieces. You will also find many photos that help to testify his life experience.

The canvas are displayed in Palazzo Ducale in Genoa– more than 50 paintings – and they really let the viewers approach to Pablo Picasso’s vision. The exhibit follows this concept by proposing a selection of pieces that seemed particularly different to one another. This is due to the fact that these masterpieces come from different period of time and there are as well paintings of other artists that stayed by his side for the majority of his life and from which he could not be separated.

This exhibit, realized in collaboration with Picasso’s Museum in Paris, is a very unique occasion. The path starts from some of the early studies like the famous Les Demoiselles d’Avignon up to the paintings of the late seventies, from his portraits to the photos that were took while he was working or inside of his house in Montmartre in Paris, in Cannes and in Mougins. Every element is selected to show some different aspects of the artist: professional, artistic and personal, telling us about his life and work, the people he met and respect. Picasso produced a large number of paintings that he displays in his houses, making them like private museums. Matisse, Renoir and many ancient and other contemporary genius coexists inside the walls of his houses. The paintings are for him a continuous source of inspiration and for this reason he never left them. The exhibit was set up at Appartamento del Doge inside Palazzo Ducale and it is open up to May 6th. The museum is open every day.

The exposition has been thought and developed by Coline Zellal, curator of the heritage of Picasso Museum in Paris. It is promoted Palazzo Ducale Fondazione per la Cultura, Genoa’s City Hall, and Region Liguria and organize by Mondomostre Skira. It is part of the project “Picasso-Méditerranée” an itinerary in the artist work and along the places that inspired him. ← TOGETHER FOR CAMOGLI ‘S “TONNARELLA”

67° Edition of the Fish Festival in Camogli →