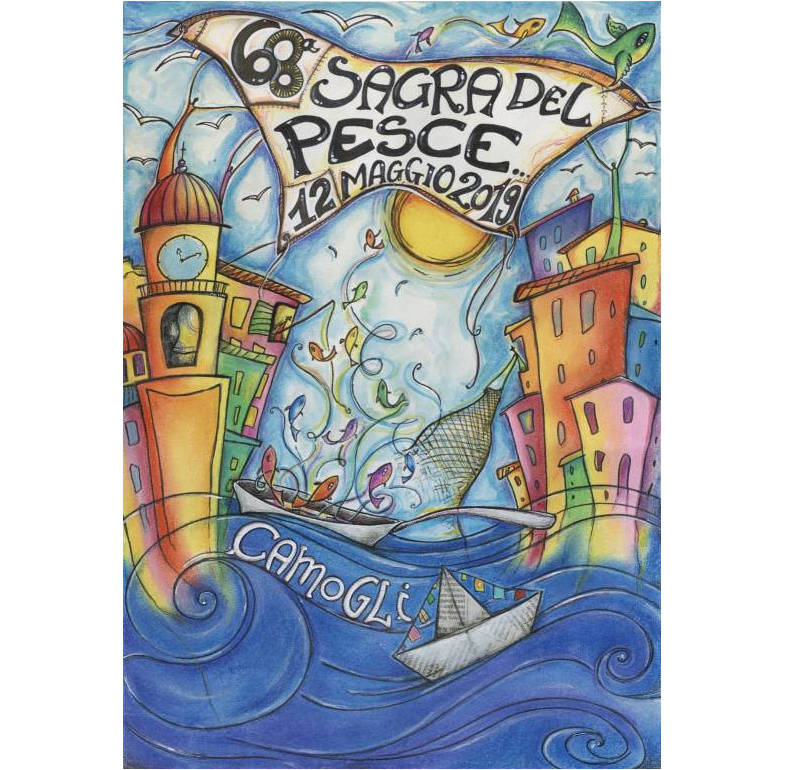 With a diameter of almost 4 meters, a weight of 28 quintals, it can fry up to 30,000 fish dishes per day.
We are talking about the maxi fry pan in stainless steel which has become the symbol of the Fish Festival of Camogli.
Now at its 68th Edition and that this year, as every year, will be celebrated on the second Sunday of May in Colombo ’s Square.
So, mark the date May 12th, on your calendars and come to Camogli to enjoy this event.

The first edition of the Fish Festival took place in 1952, thanks to an idea of the lawyer Filippo Degregori.
To liven up the Feast of San Fortunato, saint patron of fishermen, the lawyer proposed to prepare in the square some fried fish.
Temporary brick kitchens were set up, where all day, with six small frying pans, they continued to fry.
In 1954 it made his appearance the first padellone: it weighed 11 quintals.
Since then, three other maxi pans have been built. The one currently used is in fact the fourth and at the moment holds the Guinness World Record as the largest pan in the world. Just think that in one day, it cooks 3 tons of fresh fish and consumes 3,000 litres of oil!

As we said, the appointment this year is for Sunday, May 12th.
However, the Festival is part of the celebrations for San Fortunato, which will begin the night before.

On the evening of May 11th will be held the procession in honour of the Saint Patron of fishermen: 8 volunteers will carry the case with the relics of San Fortunato, which weights 4 quintals.
Once the ceremony will be over, you will be able to enjoy the magnificent fireworks displayed on the sea, followed by the lightning of two bonfires. 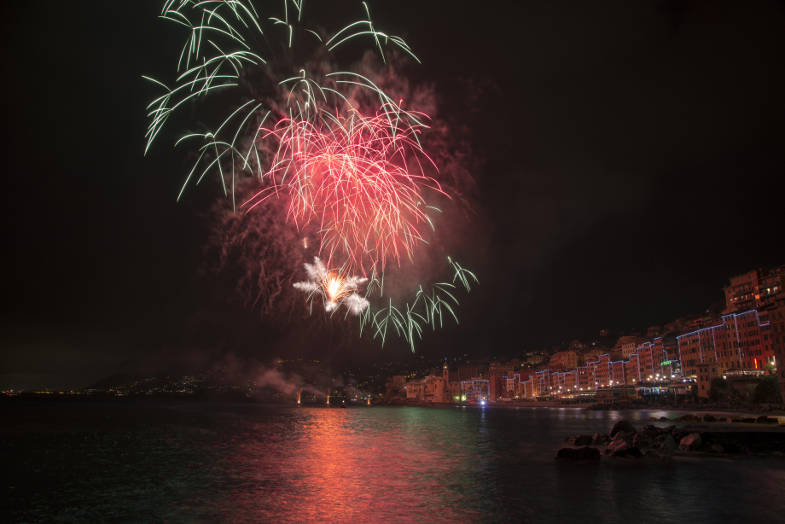 A curiosity? These two bonfires are made using old furniture, old boat parts, crates and chairs no longer usable. All those things for which the people of Camogli have no use anymore.

May 12th will be the day dedicated to the fried fish, the day of the Festival. Those who participate can get in the queue and taste a nice dish of fresh fried fish. Last year the price for a frying pan was about 6 Euro.
While you take this delicacy, please enjoy a walk around the Carruggi of the village and on the seaside promenade. Camogli is in fact an ancient and charming seaside village, that totally worth a visit.

Camogli Fish Festival: How To Reach It

As expected, on the weekend in which the festival takes place, Camogli greatly increases the influx of tourists and visitors. For this reason, we suggest to avoid reaching the village by car: parking are few and for paying.

We suggest to opt for the much more comfortable train (Camogli is well served by regional trains) or for ferries that depart from nearby cities: Portofino, Recco, Genoa.

← Trekking in Portofino’s park: paths and other curiosity

Diving in Camogli and Portofino →