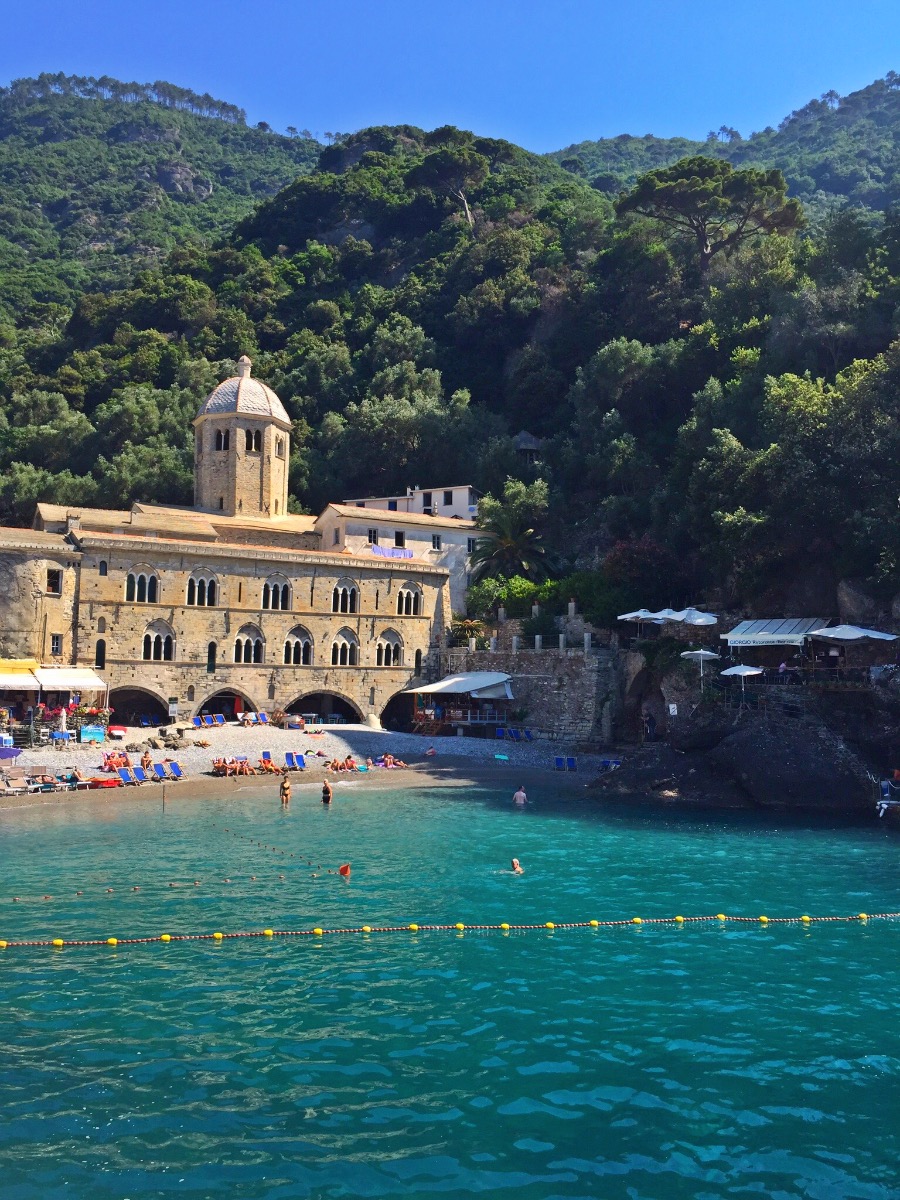 Think about watching the sea from an ancient window like a trifora (3 holes window, divided in two openings and two small columns in the centre), it could be a very charming experience, but probably difficult to test.
And yet such a unique place exists, very close to Camogli. Where you can live this experience at the seaside and which includes many centuries of history.
The charm of what we just described you can find it in San Fruttuoso, in the ancient abbey that raises from its small bay. This amazing scenery is made of natural and architectural beauties, and it is even more special because in order to reach it you cannot drive. It is reachable just by foot following the paths inside the Park of Portofino, or by ferry boat. It is an isolated, protected place, where time seems to have stopped. Do not miss the chance to visit this tiny village and its beautiful abbey, as they are reachable all year long.

The Abbey is right on the seaside, and was built around the first half of the X century by Greek monks and restored between the end of the X century and the beginning of the XI century, when it became house for the Benedictines. The noble Doria Family donated and realized the loggiato with sea view (covered passage that is outward opened), the upper cloister and the defensive and watch tower. The Abbey was then abandoned and reopened as private mansion.
It did not guest just clerks, but in the centuries, it has been a pirates’ den and a village of fishermen. From 1983 it became a cultural asset of FAI, Italian Foundation for the Environment, a non-profit institution that wants to protect the historical, artistic and the environmental assets of the Country, thanks to the donation of Frank e Orietta Pogson Doria Pamphilj.
Today it is possible to visit this important historical site, now completely restored.
As told before in order to reach it you can either follow the paths that start from Camogli inside the Park of Portofino, or from Portofino itself, enjoying amazing landscapes; or alternatively you can travel by boat and the connection from Camogli is active all year long.

Reaching the bay is surely one of the most breath-taking experience of the visit: seeing from the distance the grey stones of the Abbey surrounded by the amazing green of the vegetation around and the crystalline blue of the sea is unique. In summertime is possible to bath in the blue crystalline sea of the bay. For those who practice snorkeling and diving can reach the famous statue of Abyss Christ situated in the bottom of the bay. In any case the Abbey and the Village themselves are worth the visit even in winter: is always possible to visit the church, the cloister, the tombs of Family Doria, the watchtower, and the museum. The latest restoration has brought back to their original splendour the ancient Romanic architectures.

← 67° Edition of the Fish Festival in Camogli