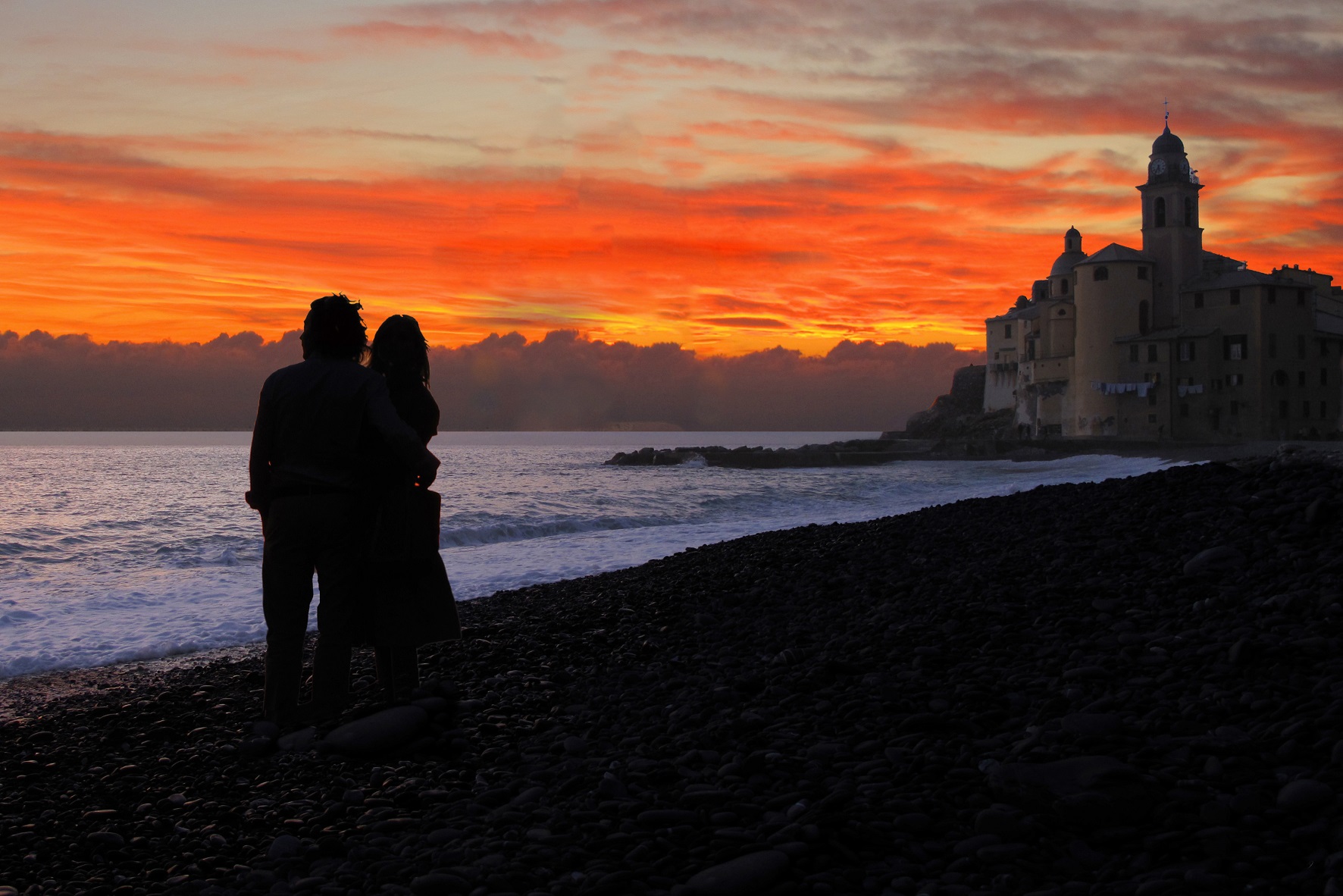 Just a click to win a stay in Camogli, or see you photo published in a illustrate book, which incomes will be going to charity!!

During the event “San Valentino…Innamorati a Camogli 2018” and the “Rassegna Poesie d’Amore”, the artistic scene of this small hamlet of Liguria is filled with the works of many artists and amateurs from all over Italy and from abroad, now with this photography contest “Teneramente atteso” organized by Hotel Cenobio dei Dogi, the artistic panorama has been further enriched.

The theme of the contest is the Sunset in Camogli to be framed in its best light. The ideal moment in which capture the magic of the colours and the reflections that hit every corner.
Camogli with its still authentic charm of a maritime hamlet, it benefits of an ideal position in the heart of Paradiso Gulf facing west, so that at the sunset the last rays colour it of wonderful and light tones. The hill, and down the seaside promenade, the isle, the castle, the church, the harbour, but also the narrow streets (vicoli), the covered walkway, the benches, the small walls, the ponds where the houses facades reflects with vanity their characteristic pastel colours. Each of them can become the ideal subject to fill the background or be the backstage for a passionate kiss between sweethearts. There is always a new perspective to discover, one that you did not notice before, a moment in which everything becomes passion and magic and you must be there in order to capture it. Signing in to the contest is free and open to everyone that has at least 18 years old, every participant can send online a maximum of 3 pictures digitalized, realized in the last 10 years, it does not matter if made with a camera or tablet or with the phone.

They will be assigned to the winners during the event San Valentino in Camogli 2018.
The pictures must be sent not later than at midnight of November 30th 2017 to the address: www.cenobio.it/Concorso-Fotografico/regolamento The big news of this edition is that Teneramente atteso will also become a book and its preview will be present during the event San Valentino-innamorati a Camogli ( San Valentine be in love in Camogli) on February 2nd at Hotel Cenobio dei Dogi. It will be a gala night in which the winners will be announced and rewarded.

Teneramente atteso is a book where the photography shows an evocative and symbolical dimension, that is able to catch the metaphor of the photographic novel realizing for this occasion a reportage that is a tribute to the passionate essence of the hamlet of Camogli.
Its 194 pages show the overlaying images, the details, the changes of perspective in the shots, the blurs and the control on the tonality, the study on the distance of the subject together with the personal research of interpretation that the hamlet inspired in the photographers.

It is a complex project realized by Giuseppe Giusto, who is in love with Camogli, which includes photographic records which are completed by the love poetries taken from the contest Rassegna Poesie d’Amore. If a picture is worth a thousand words, putting together the right words with suggestive images is able to create a message that is even more powerful and overwhelming.
Inside the book, which release is expected for April 2018, the author wants to pay tribute to the hamlet and also to dedicate a proper space to the pictures that won the context and the ones that are most meaningful and help describe the vibe of the town. These pictures will help Camogli to become popular all over the world with its breath-taking sunsets.

Giuseppe Giusto is testimonial of a charity deal, all the incomes of the book will be donated to charity.