A tasteful tradition: The Fish Feast in Camogli 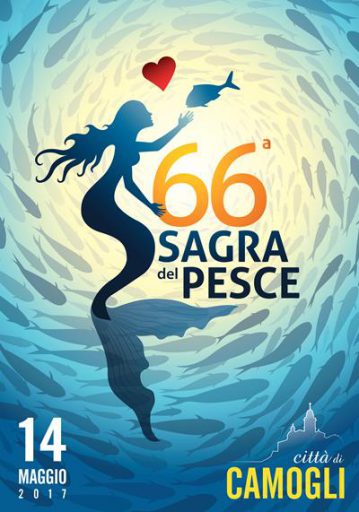 The row to take a dish of fried fish is insanely long and divided in two turns: one in the morning and one in the afternoon. If you do not want to risk to wait too long is better to arrive in early morning or afternoon. This year the town is waiting for roughly 100 thousand people. The best thing about this feast is the fact that you can enjoy your fried fish by sitting anywhere in the hamlet. Everyone who is interested in the fish stops by around the giant frypan, to look amused to this strange event, some prefer to look at the row from the balcony of the houses, some prefer to watch it from the external staircase of the palaces. Fried fish aside, many people also come to enjoy a day at the seaside and eat an ice-cream on the promenade, or sunbathing if the weather is nice. You can shop in one of the many boutiques of the hamlet. For one day Camogli becomes the beating heart of Liguria. Surely the promoters of this event did not expect for it to have this much success. The Layer Filippo Degregori, in 1952 proposed to realize in Piazza Colombo some brick kitchens to offer fish to the pedestrians. It was San Fortunato’s Day, protector of fishermen. With surprise they fried fish until evening in six small pans.

The event born by chance, was even reviewed by the newspaper New York Herald Tribune, due to its positive feedback and the peculiarity of the event itself. Already in 1954 the fishermen Lorenzo Viacava also called “O Napoli” and Lorenzo Gelosi also called “Cen” decided to build the first giant pan, in order to satisfy a larger number of people. Other three versions succeed the original, which unfortunately sank into the sea, while the other two are no longer in use. A tradition was born that never stopped from those days, this year it is celebrated the 66th edition.

The Fish Feast however, it is not just the giant frypan and the numerous people that come to spend the day in Camogli. The day before the feast there is the Feast of San Fortunato, the fishermen protector, where a typical procession take place, it is called the procession of Arca Del Santo. The most awaited part is the bonfire on beach, together with the fireworks show on the seaside. Moreover along the streets of Camogli will be set numerous booths. ← The Charming cycle and pedestrian path in the East-Liguria