On the east side of the Promontory of Portofino, in the inner part of Tigullio’s Gulf, you find Santa Margherita Ligure, another gemstone of the East side Riviera, set in the green lush Mediterranean vegetation surrounded by the deep blue water of the bay that lies in front of it.
It is situated between the equally known seaside location Portofino and the City of Rapallo; not far from it you will come across the beautiful beach of Paraggi, where you cannot lose the occasion to bath in its crystalline waters.
It is not just due to the favourable location that this sea hamlet it became famous in the years. Its small gulf, its private beach with the more known Paraggi, its historical center where art and maritime identity mix together, made Santa Margherita Ligure one of the most visited and famous seaside and touristic destination.
And when the day leaves the scene to the evening, the magic starts: the lights in the night draw the outline of the town. The heart of the town is for sure its seaside promenade, Calata Vittorio Emanuele, testify by the fact that in front of it there are many boats docked. The perimeter is mark with palm trees, behind them rises a row of houses. The hill is dominated by the majestic San Giacomo’s Church and Villa Durazzo Centurione surrounded by its gardens, built side by side. At the feet of the hill, facing the promenade, it was built in the XVI century, by the order of the Republic Senate of Genoa, the defensive castle. It was a defensive fortress from the Saracen Pirates, from the end of World War One it is dedicated to the soldiers fallen in the conflict.
Walking in these places once the sun has set gives, no doubt different sensations, but this doesn’t mean that we have to renounce to live the typical activities of a seaside location. For example eating outside, even in the city center, tasting typical fish dishes, as the renowned red prawn, “frisceu” (chickpea fritters), codfish fritter, also filled with honey and raisin or the mackerel with peas. The most gluttons can delight themselves in the pastries and the bakers of the area. For the after-dinner it is surely possible to cool yourself with a cocktail, a slush or an ice-cream. Martiri della Libertà Square – modern gathering spot for young people – and the area of the Corte are the perfect place in which to stop by, starting from the late afternoon, right on time to take an aperitif, which is also served at the beach property.
For those who think that “The night is young” it is imperative that they enjoy a night in Covo di Nord Est a famous discotheque, that nowadays includes also a restaurant and a beach property. It faces Portofino’s Gulf and it is built in palace dug inside the rocks, that resemble a castle, with very elegant interior design. It was born as the private mansion of Baron Franchetti at the start of the XX century, it became a public local in 1934.
Moreover right at the sea you can find the most exclusive and trendy clubs, another space where spend a dancing night.
The ladies who love handcraft shopping will not miss the opportunity to shop in the many single high fashion brand boutiques and stores, but also in the prestigious jewelry stores. 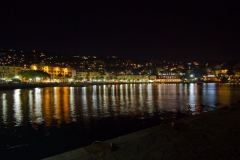 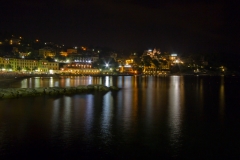 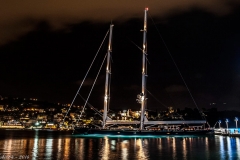 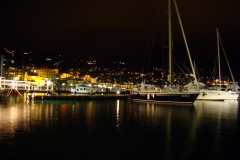 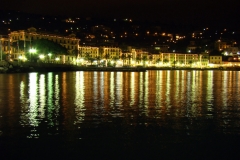 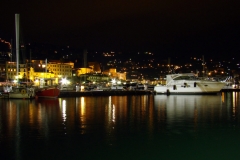 For the picture of Santa Margherita Ligure thanks to Fabio Lomuoio, Filippo Fossati e RFBP, whose rights are entirely reserved.