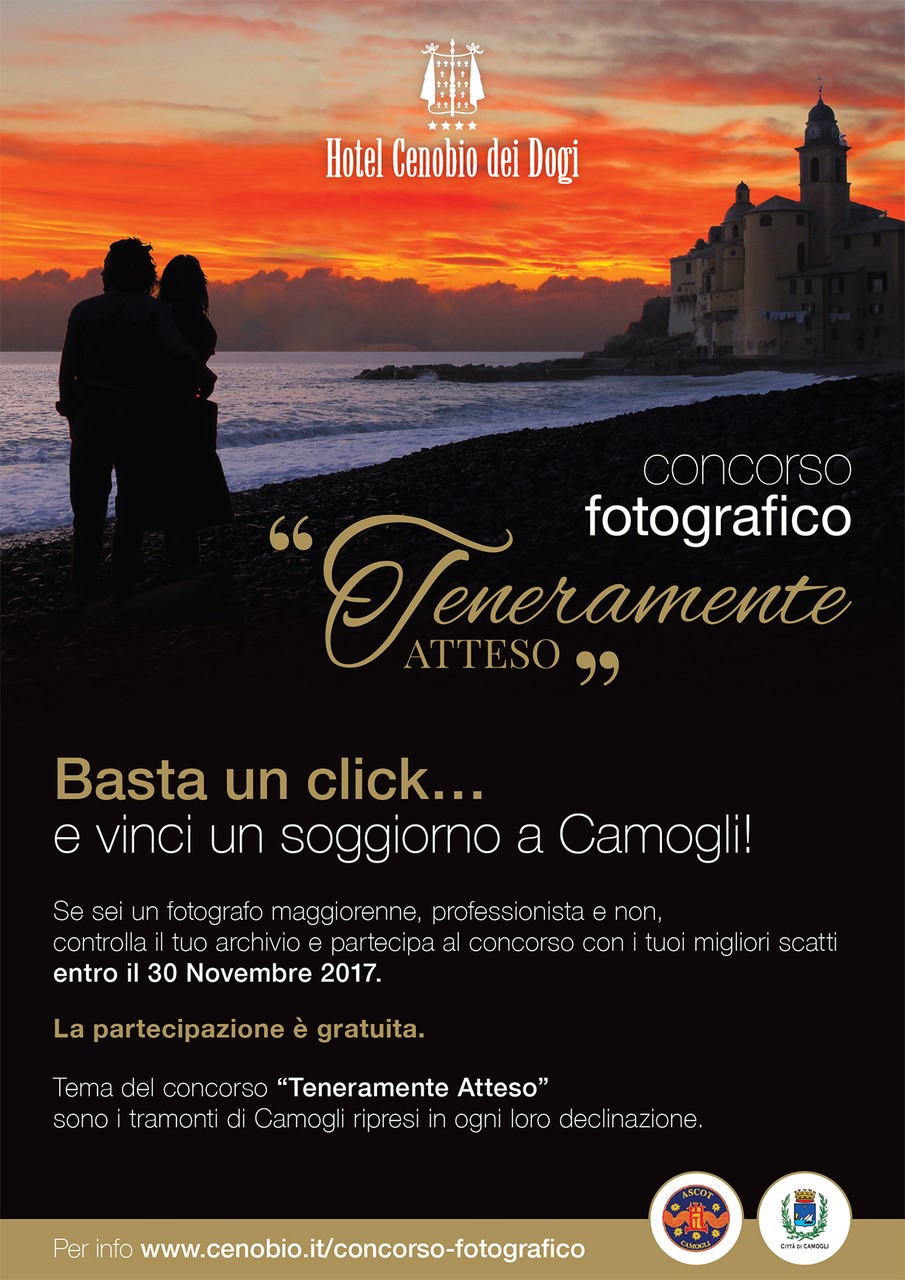 The sunset is the most spectacular and romantic moment of the day.
Every evening when the sun goes down beneath the horizon, the sky is painted with many wonderful colours, from blue to green, from pink to red, from orange to yellow. It seems like in front of us there is the painters’ canvas, the colours change with the variation of the light to end with the blue of a starry night sky.
It is a nature wonder that is amplified by the presence of the sea, which reflects the colours and increase their charming effect.
No wonder why the sweethearts are bewitched by it and decide hold each other while watching this spectacular event, the same happens to the photography’s passionate who chose the sunsets as their protagonists.
Camogli at the sunset is the perfect place for taking pictures; when the sun goes down the scenery is amazing.
This is the reason why this year we decided to organize a photography contest dedicated to the sunsets. On November 30th it was concluded the first edition of “Teneramente Atteso” – a sunset for sweethearts”, that included over 300 photo shoots.
As per guidelines, a technical jury was gathered to evaluate the images and declared as winners:

The jury has mentioned as well two other photos that were worth the merit:

Camogli allo Specchio ( Camogli at the mirror) by Alessandra Tommei

Bambini sul Molo  ( Children on the dock ) by Gaia Altissimo The selected pictures will be rewarded and included inside the book “Teneramente atteso” (Tenderly awaited) that will be release in April 2018, dedicated to the best shoots that will contribute to make Camogli famous all over the world with its unique sunsets.
Teneramente atteso is a book in which the photography shows an evocative and symbolic dimension. It is a complex project and the author Giuseppe Giusto decided to devolve to charity all the incomes of the book.
The winners will receive their awards during the event “San Valentino… Innamorati a Camogli” ( San Valentine be in love in Camogli) on February 2nd 2018 at Hotel Cenobio dei Dogi.
We would like to take this occasion to thank every participants to the contest and we invite you to follow us and participate at the next edition. See you next year.

Saint Valentine be in love in Camogli 2018 →